Part V – 2019 Is Coming: Will We Finally End the Nationalist Addiction to American Racism?

Yeah, I know, it’s all “negative,” to speak of such things. Negativity is often seen as self-effacing when sometimes what appears negative is just a FACT and the TRUTH.

However, what we are looking at in today’s America is the repercussions of ignoring racists and acting like it’s not happening.

We got stuck with Trump because of the racism and the Black people who endorse it, particularly “Black evangelicals” of the domain of Christianity who have been taught that tithing to “Prosperity Jesus” is all about the bling and nothing about social justice.

All we end up with when we do nothing is MORE OF IT.

Addicted to Racism Because of Ignorance

Ignoring the racism empowers the demons who are doing it.

Say nothing, and they think they are right and/or you are afraid to challenge them on the mud on which they stand.

I’m going to keep this short and sweet, folk: Black America is addicted to the racism and it has to end.

We can expect “That’s not change, that’s MORE OF THE SAME” in the years to come, and Selloutism is a bigger deal than the racism itself.

At one time, I said “Black people will eat white people’s poo with piss on it and call it marinade, and will bring their own cups, bowls, forks and spoons to the table to partake.” They fling their monkey poo at us and we sit there and eat it instead of tossing it back and daring them to throw it again.

That was mean. Yes, it was.

At one time, years ago, I said “Black people are like a lost abused demeaned woman in love with a man who keeps beating her ass even as she begs for his love, and every time she comes back, he beats her ass a little harder until he beats her to death.” That’s how we hang on to the racism, via ASS-imilation– and ask for more of it. Addicted to it like a drug, thinking that their ass-emulated psychological whippings and verbal abuse mean that they actually love us.

Are we finally over it now? 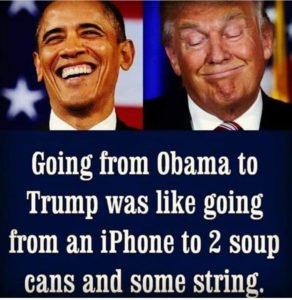 Can somebody say AMEN! and sing “Amazing Grace”…Bill Cosby went to prison for doing the same thing Donald Trump did, sometimes at the same time Cosby was doing it – the racism is supreme.

Can we start to rebuild the Black community now and bring back the love and r-e-s-p-e-c-t we used to have for each other before we thought “freedom” meant 24/7 partying, getting high/stoned, and having constant unleashed backwoods ‘jungle bunny’ sex like unrestrained G.O.A.T.-bearded white people?

LeBron James called them “old white men with jewish money and a slave mentality.” It’s true. They DO still think they OWN Black people, and we often give them permission to think so.

It’s been FOUR HUNDRED years on record…how many more do we need to OVERCOME? How many more “some days” before we shall overcome? How long before we DO rather than OD?

You tell me. We could have corporately stopped the PREDATORS a long time ago – back in the early 1970s in this recent dispensation.

Collectivism is imperative in these times. It takes a community to build an individual, we seem to have forgotten that.

Addicted to Racism Because of Selloutism

This nation has never known a time when a Black man or woman wouldn’t sell out a “woke,” “conscious” or hardcore ANTIRA (that’s short for ANTI-RACIST) in exchange for a pair of sneakers and a bag of weed or a hit of crack cocaine, to put it politely.

They are screaming “Antifa!” (anti-fascist), but they haven’t shown us the day when they will be ANTIRA!, so that this nation CAN be made whole and sane again. They scream “women’s rights!,” but they mean THEMSELVES, not US Black women. We can be raped all day and night and they will stand back and watch it and not say a word.

Then they expect us to be there for them when they are never here when we need THEM. Black feminism is so “yesterday’s news” in this hour – not unneeded, but beside the point when Black folks are still not on their communal “A-“game. The same type of women who want victim’s “rights” after a rape occurs also want Trump to grab their p’s only because it enhances their racism as white women? Say it ain’t so!

No wonder their white men take them for a joke like white people take us for a joke. We say one thing and do something else all together that sends a message that we like THE ABUSE. It’s all a big joke, right? Ha ha – nigger…

I’ll believe it when they put Trump down like the dog he is and stick him in that prison cell with his mate-in-kind, Bill Cosby. Until then… 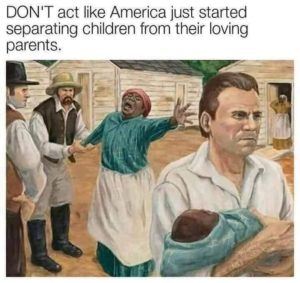 How many days do we do this to our own Black women in-house and then blame a white man when they do the same? They were the original ‘baby daddies’ of the world…do we HAVE to be like them? Note: “There is a link somewhere on this page for a study on Black on Black Violence done at Harvard, but you have to find it…“

There are other things we sell out for, like cold hard cash, sexual favors, parties and photo opps at the BigWig Table, Boss, etc. that have made us kick one another to the curb and caused reoccurring distrust in the Black community ad nauseum, but that’s the general idea.
-- ADVERTISEMENT --

Black females set up other Black females to be raped or killed when they are jealous of them, Black women break up families and homes in order to wear big hats and be “da fust ladee of da mega-chuch,” Black men kill each other in the streets in cold blood -often with reason, mostly without– and then scream how #BlackLivesMatter when the cops do it…but to whom?

The gun has replaced the rope , and we’re the ones pointing it at one another and our own futures. #ByDesign

-Hispanics not only stopped predatory lenders, took their homes back, stopped wrongful foreclosures in their neighborhoods, but they also took over Bank of America (now better known as “Banco Americano”) and ran those others out of town. Black people have YET to deal with the predatory lenders who have robbed us of house, home, and our economy and rights as landholders. We’re still wide open to it because we prefer to victim-bash. We have no community leaders to do, wholesale, what Hispanics and Gays do – function as a unified whole when they are being blatantly robbed. No Black people should ‘negotiate’ anything alone, especially not when it comes to the fight against predatory lenders.

Addicted to Racism Due to Jealousy

I mean, all ‘Black people’ did WHOLESALE the entire eight years Barack Obama was in office was oppose him at every end just like their racist counterparts. Whatever the racists said about him, Black constituents REPEATED, damned near verbatim.

He finally said “rising tides lift all boats” and walked away with his hands in the air, dropped the mic. Yes.

He had the sense to know that Black people -by racial assimilation– had CHOSEN to ride on white folks’ boats and wait for their water to rise so we could ride along with them. Then we wanted him to rescue us from the bad choices we made before he was even born, after it didn’t feel so good to “go along to get along” any more?

Trump’s balls will be smelt by lunatic racist white people for a long time, and they chose the moment. But there is no denying that those of us who endorsed and backed it while riding it out on their boats are also responsible for putting that racist in the White House.

God is an awesome God.

We -and the world- needed to see the sad truth about Black folks in America (inappropriate behavior), and the lies white folks told all of us AND the world. That ’bout did it.

We’re addicted to the drama, that much is certain. Look what we watch on TV, wholesale: ‘Mighty Whitey’ and Black folks clowning like JJ “Kid Dynomite” Evans will never die. Non-stop.

We don’t take our Black unity seriously and neither should they, not even on this Fifth Day of Kwanzaa: NIA (‘Purpose’).

Jackson Ra, UI’s newsmaster, sent out an email this morning to subscribers asking the question “What is the point of you?” Let’s get real. I had to think on that for a minute.

WHAT IS MY PURPOSE? What’s the point?

The role we play in our demise in this nation, we’re going to have to ‘fess up in order to start the healing process on the real. About the role I played in a lot of the evil things that happened to me, oh the drama!.

But when we burn down our own communities, terrorize our own senior citizens at every house, kill our own people on every street corner, weed and crackhead our babies from the moment they are born, pump filthy music into their souls and tell them education is useless, then expect something out other than what we put in? It ain’t gonna happen.

I blame no one but us in the long run.

“Queen Sugar” didn’t have a lick of sense her damned self, and too many of us went along with it instead of tossing her butt out of her throne. You NEVER abandon family…under any circumstances, even if you have to take them to the woodshed and give ’em a few sense-knocking licks when no one is looking.

We could not have escaped killers and kidnappers and baby-rapers and all of the nasty gang-banging racist THUG actions infested on us by white Europeans who are now banking us all the way from racism into obsoletism, but we also cannot HEAL en masse until we recognize what we do that keeps it burning … and stop doing it .

The FIRST step to healing is admitting you have a problem in the first place. 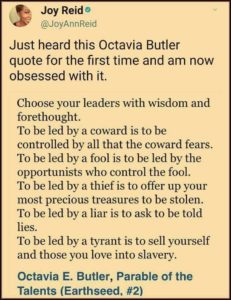 We love us some us?
You’ll have to prove it to me.

And it’s going to take much more than backhanded crowdspeak from podiums and pulpits, YouTube dramideos, Facebook memes, churchmas mess, meetings just to have meetings, and weave-flipping back to natural hair, batting false eyelashes and cutting fake nails down for a minute to do it.