Xmas is NOT taking the Christ out of Christmas!

We want to settle this myth once and for all!

As a business we often use the word Xmas instead of Christmas, it is snappy, fits in a smaller space and sometimes just works better.

However we also get chewed out every year by people saying things like, Xmas is anti-Christian, that is the devils Christmas…. You are being too PC…. Seriously, we have heard it all!

It doesn’t help that people like Roland Martin (who we love and respect) is perpetuating the anti-X myth saying it secularizes the holiday!

The thing is, Xmas and Christmas are both just as valid, it is a matter of History and language, not directly or solely Black history but History none the less….. 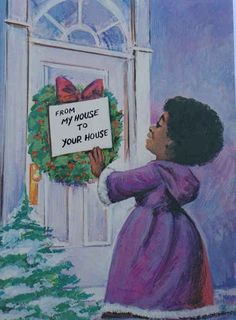 Where does the X in Xmas come from?

Xmas is a common abbreviation of the word Christmas. It is sometimes pronounced /ˈɛksməs/, but Xmas, and variants such as Xtemass, originated as handwriting abbreviations for the typical pronunciation /ˈkrɪsməs/. The “X” comes from the Greek letter Chi, which is the first letter of the Greek word Χριστός, which in English is “Christ”. The “-mas” part is from the Latin-derived Old English word for Mass.

So that is it settled, it is Latin shorthand!!!!!

The abbreviation has been in use since at least the 16th century as far as anyone can tell!

Are you happy with this explanation, will you now be open to using X in place of Christ for convenience? Please swing by our new Social Network Society and let us know!