Someone Put Malia Obama Up On Some Game

Being a public figure in any arena is difficult. I can only imagine the pressure that Malia has to deal with on a daily basis being the daughter of former President Barack Obama. I bet the news stories on the events in her life get arduous. The people that surround herself around her are numerous. That’s typical. It comes with any form of celebrity. But, how many real ones does Malia have in her circle?

You know what I mean by real ones! Someone close to her that’ll pull her to the side and say, “You’re messing up sis! Here’s how I think you should move and why.” I’m looking at all the stories surrounding Malia smoking weed and kissing boys at tailgates and I shake my head. For one, the media needs to leave her alone. I 100% agree with that assessment. What she does with her private life is not the public’s business. It never was to begin with. Malia’s and her sister Sasha’s interests were never aligned with President Obama. What the media is doing to Malia is a sure-fire play to still find some way to diminish the image and legacy of our former Commander-in-Chief.

However, I do call on Malia to get wiser. As millennials, we have to be wise among our years due to all we have to deal with. We deal with the same problems that our parents dealt with when they were younger times 3. Malia’s daily problems she has to battle with in her road to growing is ramped up even more than what both groups of us had to deal with. She has to realize this. I wonder if she does. If she doesn’t, it’s no problem at all!

I did some research and found out that Malia is 19. If you don’t know, I’m one of the best mentors/big brothers that a young woman can have out here because I nurture the amazing young women I surround myself with and give them real game that no one our age really wants to give them because if they know better, they’ll do better and that means they’re doing better than you. So, let’s put Malia Obama up on game everybody! Hopefully other young women, especially those in college, are reading this as well!

1) Everyone Isn’t Your Friend!

This has to be the most obvious piece of advice that you could give somebody. Everyone that surrounds themselves around you, especially when you’re shining, doesn’t have your best intentions at heart. It might have been hard for her to form friendships with people because of the fact that she’s been in the public eye for eight years but you know when someone’s is real or not.

If they’re a real person, they don’t see you as “Malia Obama, daughter to the 44th President of the United States. They just regard you as Malia. You can be real around them. You can laugh. You can cry. You can show real emotion and they’ll do the same with you. They’re not asking you for hook-ups or exclusives. As a matter of fact, they might try to help you out or put you up on something new. That’s a rider. That’s a day one. That’s a good friend!

You want to know something else about good friends? Not only do they not see you as your position, but they respect your position. Sure, they know you as just a regular girl like everyone else Malia but they still respect your position. Real friends wouldn’t encourage you to smoke weed in a private place. I don’t care if it’s legal wherever she was or not. If they’re a “real one”, they’re not passing you that joint Malia! You might get mad because you just “want to have fun” and “you don’t care what people think” but they’re right. They’re thinking two steps ahead about your well being. They know you even being around weed is a recipe for a viral news story that’s going to make some hungry journalist thousands of dollars.

Like I said a few minutes before, how many real ones do you have in your circle Malia? You need to think about that or your time at Harvard is only gonna get more hectic.

2) A Lot Of These Guys Want You For One Reason, And Not For What You Think

Here’s a Randall Barnes Exclusive that a lot of these guys don’t want to tell you because it’ll ruin their chances with a lot of these girls in college, especially those prestigious Ivy League institutions like Harvard. We’ve been trained to believe that the my desireable end option and motivation for guys to get with women. That’s true 65% of the time. But, you have to understand there’s a different type of dude out here that a lot of these young women fall victim to. Let’s call this type of guy the “Future Politician”.

You know how politicians usually are. They’re incredibly image conscious and want people to regard them in a certain way. They sell dreams. A lot of times they’re communication game is different than that of the regular guy. They’re more articulate. The way they dress catches your eye. The whole lane of their deception is that they’re “different”. But, when you look at their actions they’re no different than the typical n****.

They aren’t’ consistently hitting you up to check on you or talk to you about what’s going on in their daily life. If you sick, they aren’t trying to do anything to help you get better. They aren’t even trying to hang with you if you’re not in public. These guys that we’re regarding as the “Future Politician” is objectifying you, but in a totally different way.

What’s his gain? Associating with you increases his reputation. He’s with his boys and they’re just hanging around talking and he brings up that he’s been rocking with “Malia Obama” or “The President’s Daughter”. I think my ladies at the HBCU’s around the nation can relate. You’re not a person to these type of guys, only a name with a pretty face and a nice body. Or maybe you’re just your Greek Letters to them. It happens all the time and you young women don’t even know it.

Malia, be cautious of the guys you deal with. These leeches will suck the life out of you and make you start doubting yourself and viewing every guy as this “Future Politician” type that’s only after you for what you have and who you are. I would advise that you’d nip this in the bud and vet these dudes because what looks good to you, and even sounds good to you, ain’t always for you.

Here’s the last thing I want to make sure you understand Malia. Everybody has camera’s. Everybody! These people are hungry to come up too. They’ll try to make something out of nothing to sell and make some quick money off your name. Because of this, you gotta be cautious of where you are and what you’re doing. Now, people will blow things out of proportion

“BREAKING: Michelle Obama Sneezes, Is She On Hard Drugs?”

That’s obvious. Fake news is running and ruining the world out here. However, don’t give them real things to talk about  and report on. I’ll say again, being anywhere around weed (even in a legal state) is not gonna end well for you. Straight giving end of movie kisses in broad daylight in front of everybody at a tailgate isn’t the best decision. Anything you do that they can spin into a story they’ll try to. These people hate your mom and dad so they’ll use you as a pawn to destroy their image and muddy their legacy. Don’t let them do that. Succeed in spite of them. 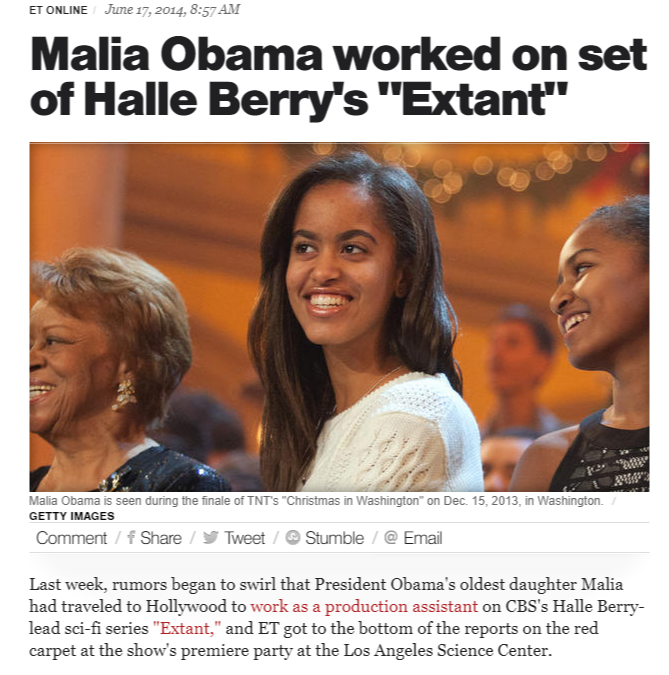 We need more stories that have your name attached to them that are positive. These people that are posting all this negative stuff about  you won’t cover it but we will. I will! Help us help you Malia because we’re gonna ride regardless. We need headlines like 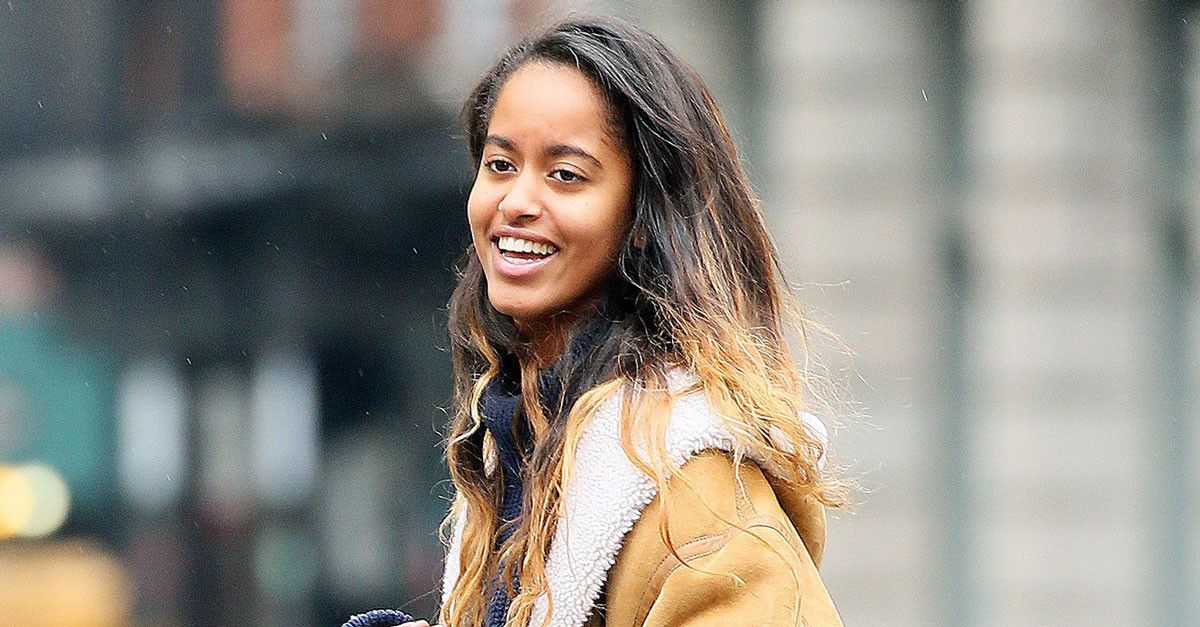 Malia, we love you! As a fellow millennial, I understand what’s going on with you. Let’s fight against these fake news outlets together and make it where they put some respect on your personal life as a private citizen. More importantly, let’s spread some good news about you! As you can see, I’m ready to write the headline

Check out my Thanksgiving Story “I’m Thankful For My Ex” on Wattpad & YouTube! 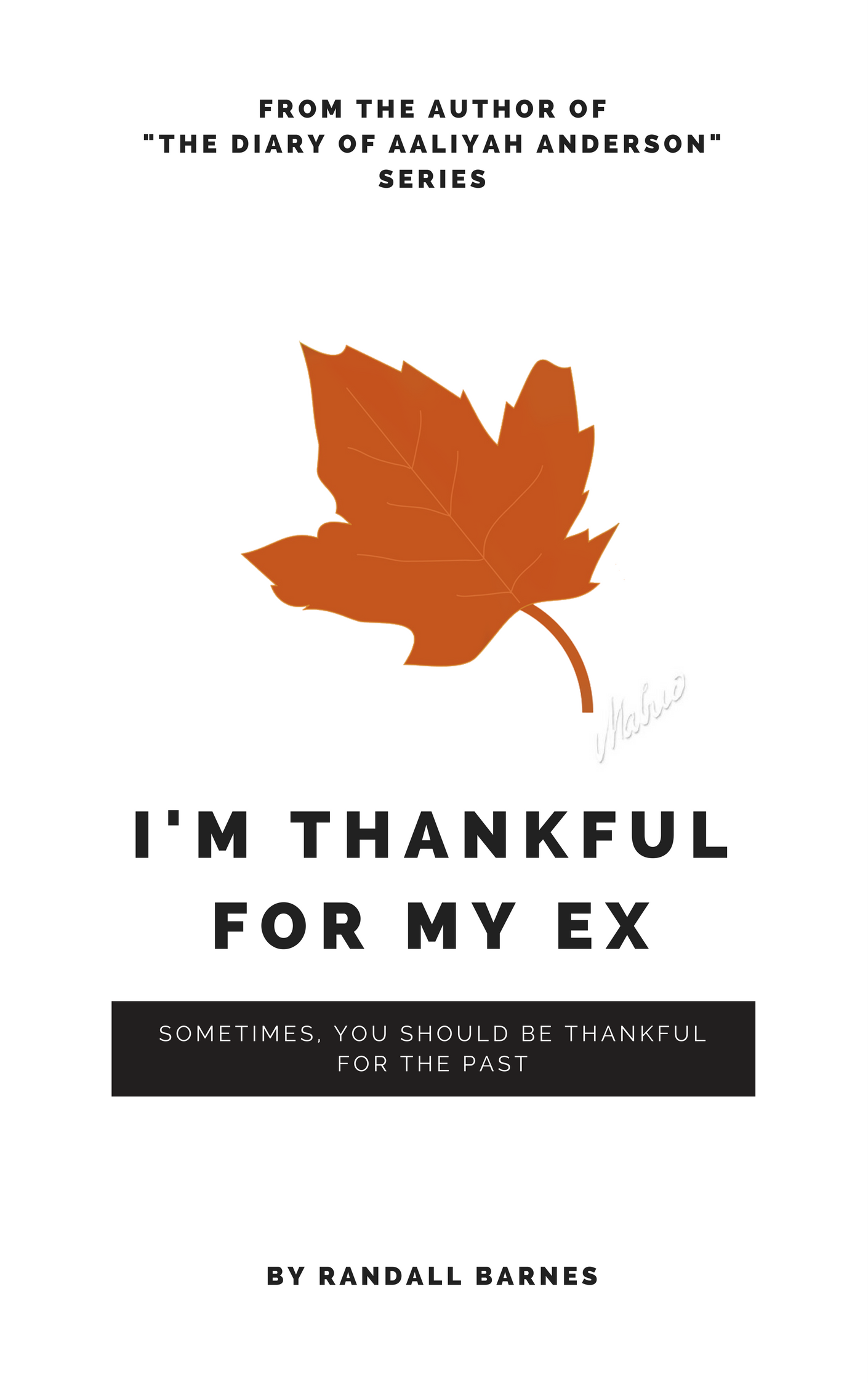