Do you know this Civil Rights heroine! She took 50 foster children into her home, was close to Dr. King and so much more!

The granddaughter of enslaved people, Louise Shropshire was born Louise Jarrett on February 15, 1913 in Coffee County, Alabama. In 1917, her family relocated to Cincinnati, Ohio in search of a better life than they had experienced as rural Alabama sharecroppers. As a young girl, Louise demonstrated a gift for music and composed many hymns as a member of the African American Baptist Church. Sometime between 1932 and 1942, she composed a gospel hymn entitled “If My Jesus Wills”. It wasn’t long until her music and talents were discovered.

In the early 1950s, Louise Shropshire met Rev. Dr. Martin Luther King Jr and Rev. Fred Shuttlesworth. Finding much in common; Shropshire and King became good friends and established a strong and loyal spiritual alliance. Dr. King grew very comfortable with the Shropshire family and lodged at the Shropshire home when in Cincinnati. In addition, with the financial support of her husband’s successful bail bonds business, Shropshire held many fundraising events in her home and in Cincinnati hotels, several of which were attended by Dr. King himself. Funds were raised at these events to help bail out Civil Rights activists, who had been incarcerated during the Birmingham Campaign and Montgomery Bus Boycott. As a close friend of Rev. Fred Shuttlesworth and devout member of the African American Baptist Church, Louise Shropshire was instrumental in helping to establish the Greater New Light Baptist Church (GNLBC) in Cincinnati, Ohio. 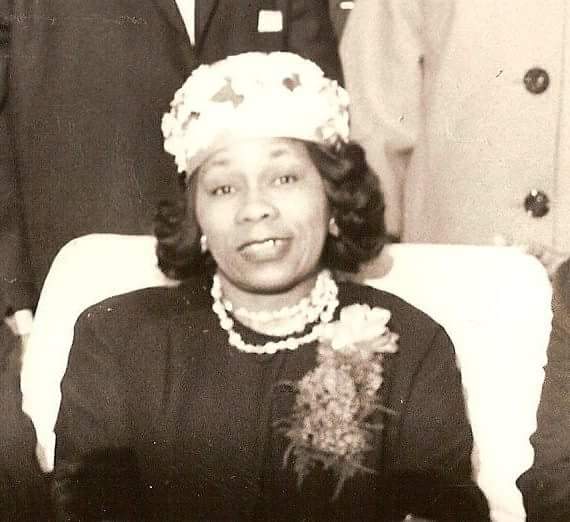 Following the unexpected death of her husband, Robert “Bob” Shropshire Sr. in 1967, Louise Shropshire moved to California to be with her convalescing mother, Ollie Johnson Jarrett. Soon afterward, using her own financial resources, she planted a sister church in Pomona, California, to the GNLBC in Cincinnati. Both churches remain active to this day.

Louise Shropshire died on November 26, 1993. The last words she spoke were to her grandson, Robert Anthony Goins Shropshire: “One day, somebody’s gonna do something with all my music”. In the years before her death, Louise Shropshire had taken more than 50 foster children into her home and was known never to deny a brother in need. In 2013, Shropshire was inducted into the Ohio Civil Rights Hall of Fame.

The profile of this great lady was supplied by Pastor Rob Shropshire, the grandson of the late Rev. Mother Louise Shropshire. He reached out to us and we asked if we could share this post.