Iota Phi Theta Fraternity is a non-profit organization formed at Morgan State University on September 19, 1963. This collegiate fraternity has several public service programs focused on mental, physical, educational and spiritual development.There are also some programs that focus on political activism. Through such programs,the organization promotes leadership, scholarship, fidelity, and brotherhood. 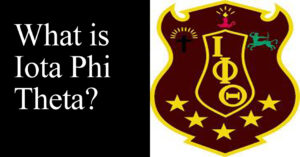 The organization was founded during the American civil rights era -a struggle that involved African-Americans seeking equal treatment under the law, the right to vote, and to be seen and respected as full Americans. The founders are Michael Williams, Elias Dorsey Jr, Charles Briscoe, Lonnie Spruill Jr, Albert Hicks, Frank Coakley, Charles Gregory, Louis Hudnell, Charles Brown, Webster Lewis, John Slade and Barron Willis. These founders targeted the organization offering support to men of color during the difficult times in the civil rights era. All the founders of Iota Phi Theta Fraternity were “non-traditional students” in that many of them had served in the military prior to starting college. This group was the last one to be incorporated into the National Pan-Hellenic Council (NPHC) -a body of nine African-American fraternities and sororities. Iota Phi Theta Fraternity together with the other eight organizations of the NPHC are collectively referred to as the “Divine Nine”.

Iota Phi Theta Fraternity and Its Expansion
Iota Phi Theta Fraternity co-operates with several national organizations such as the NAACP to support many service initiatives. The organization has undergone major transformations over time, one of these transformations took place in 1974 with the formation of four graduate chapters. The chapters were set up across the South and the East Coast increasing the reach of the organization significantly. Today the organization has chapters across the country. The National Iota Foundation, Inc established in 1992 was meant to provide financial assistance to promote scholarships. So far, this organization has succeeded in financial supporting approximately $250,000 in programs and services.

• Bobby Lee Rush-An American activist, politician, pastor, who has also served in congress as a U.S. Representative to the House for almost two decades. Using the Democratic Party ticket, Rush defeated Barrack Obama in 2000 in an Illinois election.
• James Keith Motley-Served in higher education and later became the eighth chancellor of the University of Massachusetts Boston. Motley played D1 college basketball and in 1999 was inducted into the Northeastern University Hall of Fame.
• Tommie James Frazier Jr-An iconic American football player who played for the University of Nebraska in the quarterback position. In 1994 and 1995, this player contributed to his team reaching the national championships.