What Is Delta Sigma Theta?

Delta is a not-for-profit association whose standards are Sisterhood, Leadership, and Service. It is the biggest black Greek-letter sorority on the planet with more than 900 chapters and more than of 350,000 individuals in the United States, England, Japan (Tokyo and Okinawa), Germany, the Virgin Islands, Bermuda, the Bahamas, and the Republic of (South) Korea. 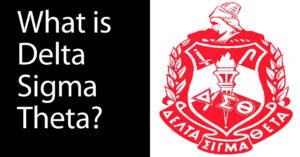 Delta Sigma Theta’s founders were frustrated by the lack of advancement of other Greek sororities at that time to move beyond only social activities at Howard to address higher purposes such as women’s suffrage and civil rights and they wanted to do more. In 1912, these 22 students voted to create Delta Sigma Theta. This name was to mirror the founder’s craving to alter the purpose of Black Greek-letter organizations and to change the philosophical underpinnings and values.

For more than 30 years the Delta Academy (now the Dr. Betty Shabbazz Delta Academy) has provided an opportunity for local chapters to assist young girls (ages 11-14) in improving their academic skills through after-school enrichment programs, Saturday school workshops, or biweekly meetings. Delta members volunteer their time to help the most inner city and rural girls develop their math, science, and technology skills in preparation for college or the workplace. Living by their principles of sisterhood, scholarship, and service, the members on this campus use their platform to make a difference in the community.

On March 2003 Delta was the first black Greek-letter association to be named a Non- Government Organization (NGO) at the United Nations. Collaborator Secretary Attorney General for External Affairs, Gillian Sorensen, solicited individuals from the Sorority to screen the status of ladies and kids around the world and to connect with other NGO’s to ensure that the UN respects its responsibilities. Delta members were conceded Special Consultative Status which enables them to regulate, speak to, and execute programs that improve global understanding of issues such as child hunger, sexual, and work abuse.

Over 106 years later Delta Sigma Theta prides itself by following in the strides of their Founders and remaining at the bleeding edge of activity as a voice for those in need. The ladies of Delta Sigma Theta have and keep on doing an incredible job supporting communities of color and people in need through their steadfast service and advocacy.