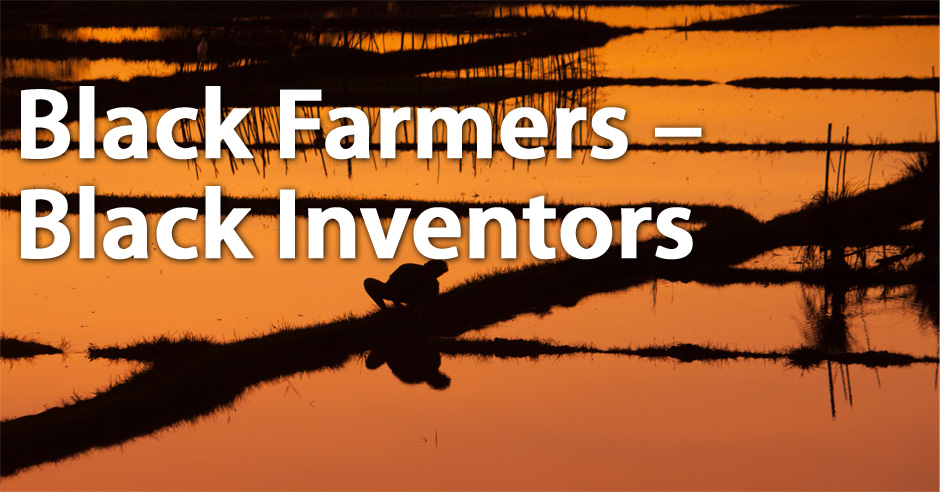 Blair was born in 1807 and went down in the record books as the second black man to be
issued a United States patent. He lacked formal education but that didn’t stand in his way to becoming a successful farmer. The world will remember him for patenting two inventions: a cotton planter and a corn planter.

The corn planter had a compartment holding the seeds. It released the seeds onto the ground and then the rakes followed automatically covering the seeds with soil.

The cotton planter bore two shovel-like attachments to divide the soil, a cylinder-shaped wheel then dropped the seeds. The planter was horse drawn. Technological advancements continue with time but they all still in some way resemble the planter models Blair created.

Booker T. Whatley was an Alabama horticulturist who taught as a professor at Tuskegee
University. He examined and pushed for efficient farming practices. His efforts have helped
small scale farmers to modern commercial farmers learn ways to maximize their yield and
ultimately their profits.
Whatley advocated for the minimizing of unnecessary costs and the maximization of income. He urged farmers to exercise smart crop selection and to employ soil regeneration techniques.

Jones is the other major name on the list of Black farmers. The incredibly visionary mind behind the creation of the refrigerated truck in modern agriculture was none other than Frederick McKinley Jones. In 1940 Jones received the patent for his pioneering and ground-breaking refrigeration system.

The refrigeration system Jones invented was designed to create a viable shipment method to transport perishable foods over long distances. His invention was so effective, that some of his refrigeration units were able to take US-based agricultural products to an overseas destination in a fresh state. The impacts on global trade were innumerable. Jones’ refrigeration units were quickly installed in planes, boats, trucks, and boxcars. Note: Concepts such as container shipping, frozen foods and the “cold” sections of supermarkets arose from his technology.

African-Americans have played quite a significant role in agriculture. Their inventions continue to impact modern business, farming practices, and much more. There is quite a great deal to appreciate and to learn from black farmers/black inventors. The message should live on-let’s stay connected to the soil and what it inspires us to invent!