These 18 Black Nurses fought the 1918 Spanish Flu Pandemic and paved the way for Black women in nursing and better health in Black communities.

Black women have a long history of nursing their communities to health in the United States. In the late 1800- early 1900s Black communities fought against discrimination in healthcare by establishing Black hospitals and hospital-based training programs for nurses. In 1908 Black women nurses formed the National Association of Colored Graduate Nurses (NACGN) and a couple of years later more than 3000 Black women and 200 men identified as professional nurses.

However, they still continued to face racism. As World War I raged on, Black nurses were not allowed to join the ranks as Red Cross military nurses because the military did not want to provide segregated quarters for them.  Because of this Black soldiers were dying from substandard care.

When the 1918 influenza pandemic began there were hundreds of Black nurses ready to serve, and although by this time many were part of the Red Cross they were still not officially allowed to serve. With their creativity and good spirit, the nurses found other ways to serve the communities, going into mining camps to help save white and black miners who were “dropping like flies”.

In the time before antibiotics, good nursing care was the only way to survive the flu, so the demand for nurses grew, and Black nurses started to be incorporated into care even of white prominent families where they would have not been allowed before.

Once the armistice to end World War I was signed, 18 Black nurses were finally allowed to serve in two army camps: Camp Sherman, where 115 men had died of the flu in 36 hours, and Camp Grant. The nurses that served there cared for both Black and white patients and became highly regarded by the patients, many becoming the patients’ favorites although they were still oppressed by their superiors and not given opportunities to lead.

By “making a way out of no way” these 18 Black Nurses were able to thrive and lead in their communities after the pandemic subsided. Some became nurses in racially integrated city hospitals, others started nurse-training programs and others became forces of political influence arguing for breaking down of barriers preventing black nurses from fully participating in training programs and from having positions of leadership. They set a precedent so that in World War 2  Black nurses were allowed to patriotically serve their country.

In March 1919, Mattie McGhee, widow of civil rights pioneer Frederick McGhee, sent The Crisis a photo of the Camp Sherman nurses, with an attached note stating: “These young women willingly responded to the call when the country needed them, some of them giving valiant service during the Flu Epidemic, under the American Red Cross. Having been assigned to military duty they have faced every difficulty and are winning many small battles for the race.” She added that the chief nurse had reported: “They have done well with a vengeance.” 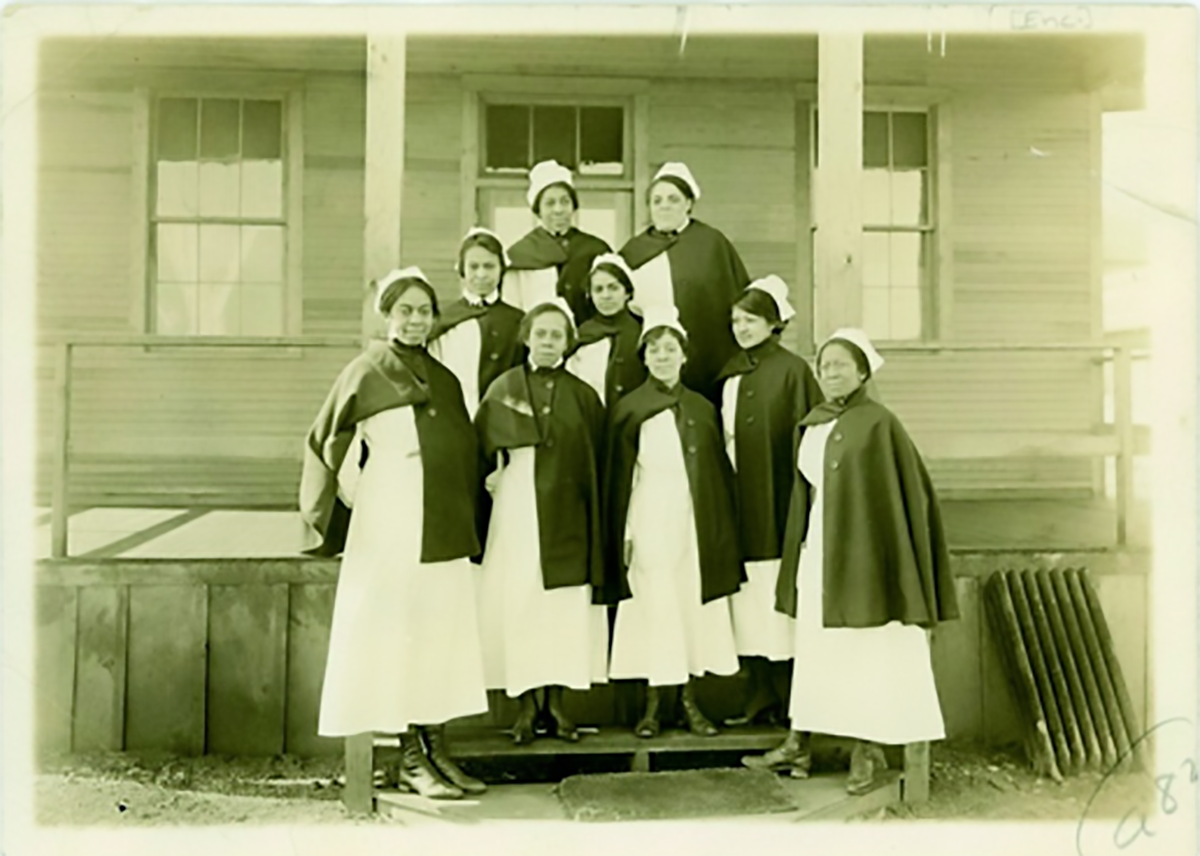