Way Black Then: 137 Years and the Mainstream Black Media Still A Hard-Hitting Voice on the Same Issues

In 1879, The California Owl (later The California Eagle), the nation’s longest running Black newspaper, began a crusade against the injustices of racism and intolerance of Black people in America. Sadly, it is 2016 and that remains, to this very day, the missive and challenge of every Black newspaper in America – online and off line.

Bottom Line: If we left it up to the mainstream (white) media, there would be no counterbalance for the kind of spiel that they specialize in promoting, which is mainly the criminal behavior of some Blacks and ignoring nearly all the rest of us.

Yes, you heard it here first on Urban Intellectuals, journo ~y~ journo. It’s not a problem to be the voice of the “black media” and call other mainstream media out on their bullchit, because they need to be called on it.

We do not take lightly the mission of the Black media, especially when we can no longer afford to be politically correct about matters that are not correct; we cannot afford to play “nice” with nasty; and we most definitively can’t afford to be fair while substantially locked in a world of unfairness.

They come for no other reason than to steal, kill, and destroy; and WE come to have life, and have it more abundantly … whether we have to speak out in the pejorative, or speak out in a manner which reflects the real truth about Black America. The truth the indescribable “they” refuse to see or care about. They do not have to; we MUST.

We are not begging “them” to take a better look at us as a People; we are demanding that we use the Black media as leverage to take a better and more introspective look at ourselves – the good, the bad, the downright ugly, and the absolutely gorgeous of us.

We, as a People who do not yet know that we are a People, can never afford to have “shiny” bling-soft headline news that blows with every gone wind of celebrity and high social status and shoulder-grabbing of the “important thees and thous” that we meet along the way. We need hard-hitting IMPACT journalism that “flings the monkey poo” back over into the yards from which they flung it. 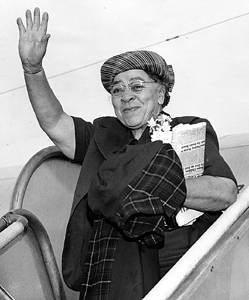 Our hats and hearts are off to the names of John J. Neimore and Charlotta A. Bass, founders and creators of The California Owl, nee “Eagle”; and to Loren Miller, one of its eventual owners, for carrying on the legacy of the importance of Black news media and information reporting. Without it, we would never know ALL sides of any story, just the one side they want us to know -theirs.

We go where no one else will; and we are not afraid to tell it like it was, like it is, and like we demand that it will be in the days and months and years to come.

The only shameful part?

That one hundred and thirty-seven years after the “Eagle” landed, we are still dealing with the same issues. THE EXACT SAME ISSUES, as if time passing us by has not made one hulled bean of a difference.

Can we learn to be the leaders we admire the most? Only time will tell.

The Only Laws of Attraction. The Only Secret we need to know and understand.