Uncle Tom was a man who refused to beat black women….

We need to question the things we take as fact, this is an ongoing process.

Today, on our Raising Proud Black Children Facebook group, a member shared something that is important for us all to know.

“Stowe’s melodramatic story humanized the suffering of slavery for white audiences by portraying Tom as a Jesus-like figure who is ultimately martyred, beaten to death by a cruel master because he refuses to betray the whereabouts of two women who had escaped from slavery.”

And also interesting is the man that Uncle Tom is believed to be largely based on, Josiah Henson.

Most Black folks have heard or used the term Uncle tom when we refer to a sell-out, or someone we feel is tap dancing for the attention and acceptance of other races. It has always been used in a derogatory manner to infer that this was the type of person who cozied up to his slave master, but did you know that the inference and analogy is totally wrong? 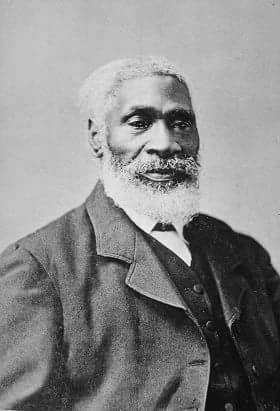 His name? Josiah Henson! Josiah Henson was an author, abolitionist, and minister. Born into slavery, in Port Tobacco, Charles County, Maryland, he escaped to Upper Canada in 1830, and founded a settlement and laborer’s school for other fugitive slaves at Dawn, near Dresden, in Kent County, Upper Canada, of British Canada.

So stop calling these sell-outs Uncle tom! That’s a compliment! Its Sambo that was the sell-out, who would do anything for his slave masters’ approval! It was Sambo who would snitch on his people just to get an atta boy from his handler. Uncle tom is a man to be respected. Not associated with the Sambo dog!

It was other blacks who turned his name into a negative connotation! New age blacks, of the time, felt his image was too passive and not militant enough, and so they started using it in a negative way and declaring Uncle Tom is dead! At the same time, Blacks were saying he wasn’t militant enough Whites were in fear of him because his good nature stood as a mirror to their evil, demonic ways and shed light on the horrible treatment of slaves! They started banning the plays and books about Uncle Toms cabin all over the South because of how powerful his image was. Shame on us for destroying a just and upright man for the sake of some cause that could have been advanced without degrading this brother! Shame on us!!

Also, as one commenter pointed out:

Actually, there’s more to the story. The character of Uncle Tom as characterized by Harriet Beecher Stowe, was a rip-off of Josiah Henson’s autobiography, which he wrote after leaving the US for Canada. He twice tried to buy his own freedom, only to have the white oppressor keep increasing the price. Ultimately he escaped with his family to Canada, where he became an activist.

In her book, Uncle Tom’s Cabin, Harriet Beecher Stowe recharacterized his original story of aggressive resistance to one of passivity. This was one of the first major novels that played on the trope of the all-forgiving, non-threatening sweet-Jesus acting negro. One that was much more palatable to white readers.

In the novel, the women were the ones actively fighting for their freedom, not the primary male character. While kissing the asses of his masters, his most positive act was his refusal to whip the black women who were plotting their escape.

The reason James Baldwin and others rejected this depiction of black men was that it reinforced an ideology that black men should accept oppression without fighting back — a standard white men were never held to. That’s the rest of the story of how that term gained its derogatory connotation.

Here’s a quote from the 19th Century black publication, The Liberator:

‘Uncle Tom’s character is sketched with great power and rare religious perception. It triumphantly exemplifies the nature, tendency, and results of Christian non-resistance. We are curious to know whether Mrs. Stowe is a believer in the duty of non-resistance for the White man, under all possible outrage and peril, as for the Black man … [For whites in parallel circumstances, it is often said] Talk not of overcoming evil with good—it is madness! Talk not of peacefully submitting to chains and stripes—it is base servility! Talk not of servants being obedient to their masters—let the blood of tyrants flow! How is this to be explained or reconciled? Is there one law of submission and non-resistance for the Black man, and another of rebellion and conflict for the white man? When it is the whites who are trodden in the dust, does Christ justify them in taking up arms to vindicate their rights? And when it is the blacks who are thus treated, does Christ require them to be patient, harmless, long-suffering, and forgiving? Are there two Christs?

James Weldon Johnson, a prominent figure of the Harlem Renaissance, expresses an antipathetic opinion in his autobiography:
For my part, I was never an admirer of Uncle Tom, nor of his type of goodness; but I believe that there were lots of old Negroes as foolishly good as he.

So, next time you hear the word being used, why not impart this knowledge.