Trump is The Absolute Truth 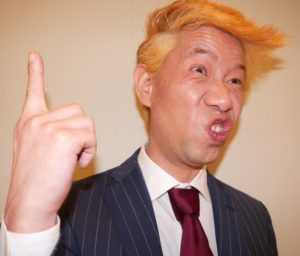 Grammy’s Note: I didn’t say he was TELLING the truth, but that he IS the truth…

__________________
When my youngest son explained to me the reason he would have voted for Donald Trump, if he could have, I had no way of defending “my” country against his personal reasons. He said, “Think about it Ma. What did dat Nigga Trump say that isn’t the absolute truth about America? What did he actually LIE about?”

Well when you put it that way.

America is, in fact, the most pussy-grabbing, thieving, conniving, whoremongering, destructive, self-destructive arrogant piece of shit nation in the history of the world. And the Bible says so.

President Obama, as I said in 2009, and will reiterate in 2017, was just a “temporary plug” in the fact that the USA has, since the mid-1700s, been headed toward self-destruction from nearly the very beginning.

America, as my son said, is vile, racist, wicked, weak, bigoted, evil, misogynist, klannish, and it is, in fact, the Great Whore of the world/Babylon–and that is evidenced by their desire to select the First Call Girl to replace its traditional First Lady. Michelle Robinson Obama has been the classiest, most elegant, most sophisticated American First Lady since Jacqueline Bouvier Kennedy-Onassis; and that cannot be taken away by a lowly non-American female who sold her soul to the devil in exchange for fame and money.

There is nothing else to say about Donald Trump, THEIR CHOSEN KING, than what he has shown to the world about himself, or about this reality-show drunken drug-addicted murderous country and the kinds of people that we allow to run it, simply because “we as a people” put too much weight on the APPEARANCE of riches and prestige instead of how to build our own personal wealth in the true classical world.

A reality TV show mogul with ZERO political experience, even LESS experience than President Barack Obama had when he entered office in January of 2009, has now become the chosen leader of the trampiest filthiest most potty-mouth Americoon society the world has ever known–and its variegated monkeys and apes.

And speaking of kings, his most recent political moves are telling us that he has no intention of reigning over a Democracy or even a Republic with a “strong Democratic tradition”. He has every intention of turning the United States of America into the very monarchy that their own Founding Fathers, with their laughably tight asses, tried to defy. The system of ‘checks and balances’ was meant to defy despotism and demagoguery, not to see how many blank checks they could balance off our asses with our permission.

Blind Trust my ass. We didn’t go into the blind with Barack Obama, we –those of us who bothered to pay attention before and after the ‘partying’ stopped– already knew exactly what to expect of him, because he spelled it all out in no uncertain terms long before he was elected.

The best we can pray for right now is that the Electoral College does the job they are supposed to do by January 9, 2017; or that Trump turns out to be his own supporter’s worst nightmare. Other than that, sudden cardiac arrest works, too.

Oh yes. It’s not nice. It’s not politically correct. It’s not pretty, nor is it righteous: And it EXACTLY matches Trump’s personality and words and attitude and the types of people he can con into supporting him because they don’t have any more a lick of sense than he does.

The USA’s 25-percent fringe lunatic elected Trump. He was not elected by a majority of the popular vote, he was elected by an incendiary white supremacist 25-percent who actually believes that if white skin does not prevail in this land and in the world, nothing else should.

Folks, Trump supporters … The thing you fear the most is the thing that will come upon you the fastest, overtake you, and crush you to your final breath. Obama was not a sign of a post-racial America; but Trump is surely a signal of the end of white supremacy. It shall utterly fail on his watch and that will be the only thing we will have to thank him for once the dust of the next four years blows over.

All of the mean nasty deplorable despicable things he said will disappear from the Internet, and he will spend every waking moment convincing a lot of dimwits that he didn’t mean it “that way,” or didn’t say it at all.

In the meantime, I personally have no trust whatsoever of or in the Electoral College to do what it is supposed to do and put Trump down like the dog he is. None. What. So. Ever.

I pray and HOPE that America’s pre-selected chosen “Gatekeepers” will do the right thing by their own racist Forefathers and end Trump’s Reign of Terror before it begins.

Enough is a damned ‘nough.