Surprise: The Grand Jury Is Predominately White In Case of Killing Michael Brown

This will come as no surprise to many of you, but the Grand Jury in the Michael Brown case is majority white. There are 12 people total on the Grand Jury. It is comprised of 9 white people, 6 men and 3 women. There are 3 black people, 2 women and 1 man. 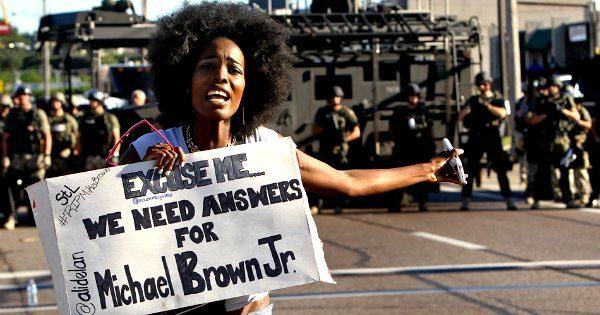 The racial breakdown of the Grand Jury is consistent with the composition of St. Louis County’s population, where there are about 24% blacks in the area and 68% whites.
The Grand Jury started hearing information and evidence in the case this past Wednesday. It is expected they will have to remain on the case until mid-October hearing all of the evidence.

It is important to note, according to the ST. Louis Post-Dispatch, the Grand Jury’s term began in May of 2014. This was a few months before the Michael Brown case ever began. Their term was to run through September of this year, but is likely to be extended to ensure the same jury hears all the evidence of this case.

More information and insight into who is on the Grand Jury, where they live, ages and more have been requested by some members of the press. Hopefully, this information will be released.

We will keep you posted as information is made available.