The Statue of Liberty was created to celebrate freed slaves, not immigrants!

Ellis Island, the inspection station through which millions of immigrants passed, didn’t open until six years after the statue of liberty was unveiled in 1886! So what was its original meaning and purpose?

The Washington Post says that “Lady Liberty was inspired by the end of the Civil War and emancipation. The connection to immigration came later.”

“One of the first meanings [of the statue] had to do with abolition, but it’s a meaning that didn’t stick,” Edward Berenson, a history professor at New York University and author of the book “The Statue of Liberty: A Transatlantic Story,” said in an interview with The Washington Post.

The monument, which draws 4.5 million visitors a year, was first imagined by a man named Édouard de Laboulaye. In France, he was an expert on the U.S. Constitution and, at the close of the American Civil War, the president of a committee that raised and disbursed funds to newly freed slaves, according to Yasmin Sabina Khan, author of the book “Enlightening the World: The Creation of the Statue of Liberty.”

Laboulaye loved America — often giving speeches described by a New York Times correspondent in 1867 as “feasts of liberty which move the souls of men to their deepest depths” — and he loved it even more when slavery was abolished.

In June 1865, Laboulaye organized a meeting of French abolitionists at his summer home in Versailles, Berenson said.

“They talked about the idea of creating some kind of commemorative gift that would recognize the importance of the liberation of the slaves,” Berenson said.

Laboulaye secured the partnership of sculptor Frédéric-Auguste Bartholdi, who took his sweet time developing an idea. An early model, circa 1870, shows Lady Liberty with her right arm in the position we are familiar with, raised and illuminating the world with a torch. But in her left hand she holds broken shackles, an homage to the end of slavery. 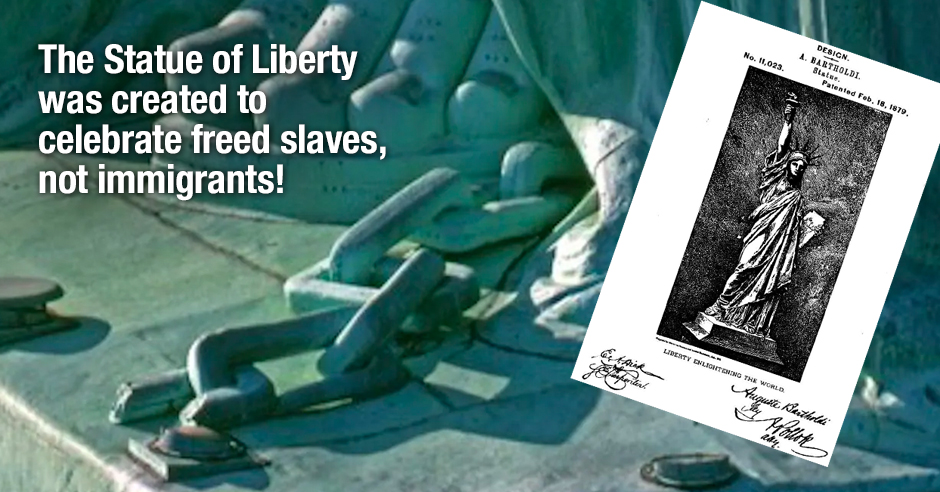 In many ways, this means that Trump adviser Stephen Miller was partially right about the Statue of Liberty’s famous inscription! However of course his purpose of bringing it up was not in any way for positive reasoning.

There have been many rumours about the statue over the years from the fact that The Original Statue of Liberty presented to the U.S. was a Statue of a…”Black Woman”., which later turned out to be untrue and much closer to the truth the fact that the statue The Original Statue Of Liberty Was An…. African Muslim!!!, however this is deemed to only be a theory for the Staue of Liberty museum.

BUT the fact remains that the original meaning is important and although it has become a symbolism of the diversity of the United States since the significance of Ellis Island, we should take the time to spread the word of its true intended meaning.

Are you going to be visiting the new museum?