The Atlanta based rapper who built his career as a hard core, drug pushing southern king has now adopted a family-friendly image that hasn’t scored him too much attention or money in recent years. T.I., Born Clifford Harris, went from writing rhymes about his endeavors in crime to releasing albums with a more nostalgic and introspective theme about his past life. T.I. explains that his longtime label, Atlantic Records, wasn’t too thrilled about the rappers drastic turnaround.

T.I. explained in an interview with XXL that his sales have dropped compared to his successful sales in the mid-2000′s and has become less popular among young kids. Many artists have seen a similar fall because of illegal downloading, but Atlantic felt T.I.’s mature and fatherly like character was hurting the well respected “thug” image he’s gained over the years.

MUST WATCH: WOAH: Trevor Noah Asks T.I. Why Rappers Glorify Violence And Call Injustice. YOU HAVE TO HEAR THE ANSWER! 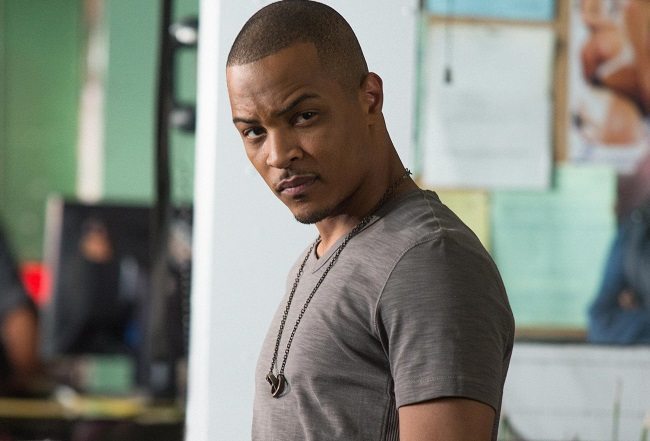 “Nah, [Atlantic Records] hated it,” T.I. said. “Labels love hardcore T.I. That keeps the cash register ringing. They don’t want me to go to prison and caught, though. They want me to be the ‘Teflon Don,’ and I can’t blame them.”

T.I. announced before that he was walking away from music, solely because of the poor record sales acquired by his first studio album, I’m Serious.

“I thought I’d be in prison or dead or back selling crack,” said T.I. “I came so close to getting back in the game after my first album didn’t do what it was supposed to do. I still had people to feed. I wasn’t front lines like I was at one time, but I definitely … [pauses] I’m not going to talk anymore about that.”

T.I had been into running forces with the law on plenty occasions. In 2007, Harris was arrested and charged with possession of three machine guns and possession of firearms by a convicted felon. He was sentenced to serve a year in prison.

Soon after his release, T.I. was arrested yet again on drug charges. Harris’  legal troubles made for great headlines and great stories for the album he released after his arrests, titled  Trouble Man: Heavy Is The Head.

Keep reading on the next page…
…Page 2