It’s not exactly a secret that racism is institutionalised and being black in school already puts you at so many disadvantages. For that reason more black teachers are needed, this is obvious.

Now a study has been published that puts some data to this, saying that:

“African-American public school students, who are 54% less likely than their white peers to be identified as eligible for gifted-education services, get a clear boost if their teacher is African-American as well. The research finds that such a student is three times more likely to be placed in a gifted program than if he or she has a white teacher.”

Now, of course directly matching a child to a teacher of the same race is dangerous but diversity is certainly needed and the gap based on color needs to be killed if as a country we want tp push forward in the way we should.

The full study appears in the most recent issue of The Journal of Public Administration Research and Theory. 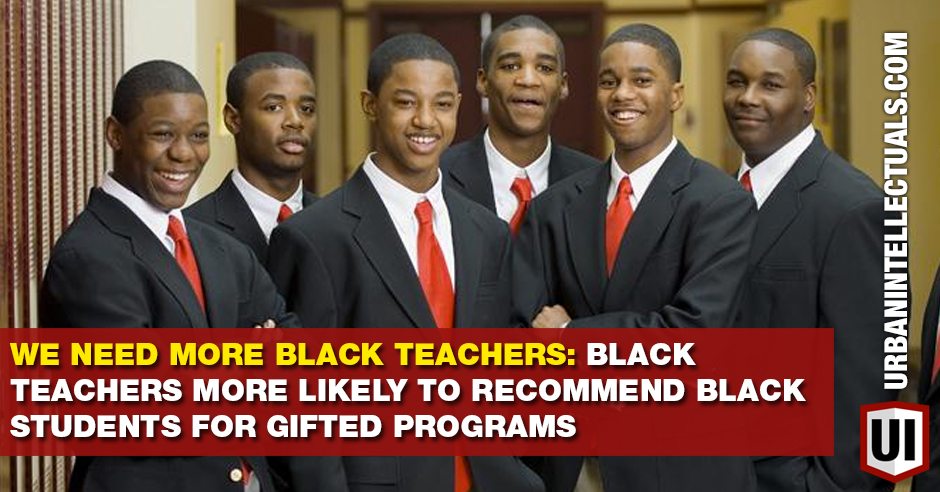