When there is media hysteria and a frenzy over another overblown incident of high caliber racialized treatment of more Black children in places like Lowdown Louisiana, the young people who get the media attention are expected to go on with their lives and do better than they were doing before.

Some gratefulness should be shown to the people who went out of their way to get you out of trouble, and just such a thing has been the case with one of the most infamous of the once-famous “Jena 6” of Jena, Louisiana, Mychal Bell.

The Louisiana Parish wasn’t one that was known for having very many outstanding high-intellect “movers and shakers” of any race living within its boundaries, and even worse off -as usual- were the lower middle income and poorer Black children attending Jena’s public school systems. 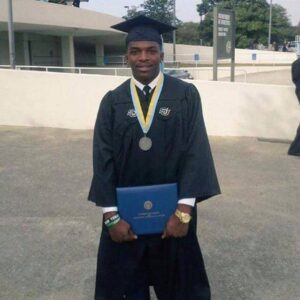 But one day, there was such a thing as a “White Tree” on Jena High’s campus, and the Black children who attended the High School were told that they better not ever be caught sitting or standing under it.

In an act of outright defiance, these six Black children went and sat under that tree anyway — and found themselves in quite a row with the school’s white students, of whom it was said that they the proceeded to follow, assault, and harass the Black students for defying their white supremacy orders.

A fight (or a few fights) broke out, escalated, and one of the miscreants of the white race then went and got a loaded weapon and threatened the six Black children with it.

However, when the expected ass-whipping took place and one of them landed in a hospital with quite a few stitches, punctures and black eyes, it wasn’t the white harassers and threateners who started it who ended up getting excessive jail time for the trouble they had caused, but the Black ones who had sought to defend themselves against it.

One of the Black students was Mychal Bell, who stood out because he was a running back on the high school’s football team.

It was Bell who received an over-bloated excessive extreme sentence for what amounted to self-defense on his part; and the judge who threatened to take away his entire life “with the stroke of a pen”? Well … the judge wasn’t a typical white racist one, but a Black man who really should have known better.

Well … the judge wasn’t a typical white racist one, but a Black man who really should have known better.

Word got out to the media and all hell broke loose on Jena, bringing in a round of the usual suspects every time a case is high profile enough to make the news, including Al Sharpton.

Sometime in 2009, Bell, who had been the prime beneficiary of the public’s ranting and raving salvation, attempted to take his own life because of the pressure he felt to be “perfect” as an act of gratitude to all the people who had supported him and fought that judge tooth and nail for his life.

Yeah, pretty much if people go all out for you like that, they don’t expect you to turn right around and screw up again and prove that they totally wasted their time. It makes it easier to throw people who ask for help again “under the proverbial bus,” because the white racist systems these judges all bend over and kiss have already chalked these Black children up for nothing more than failures and statistics in life, anyway.

After a few rounds with falling for the voice of the devil on his right shoulder who kept telling him he wasn’t going to make it and to just give up and follow his predestined life as a criminal element Black male, Mychal Bell has finally graduated from college.

He finished up and graduated this year from Southern University with a degree in Education.

We here at Urban Intellectuals wish him all the best.

We’re not only glad that he decided he didn’t want to go out of this world as a “disappointment,” but we also congratulate him for being one of the main instruments in the school’s decision to cut down that “white [supremacy] tree.”

No, the tree didn’t do anything, but the folks who used it to install their lascivious version of white privilege and racism lost that tree as a result of their actions. As well they should have.

Instead of being stuck on stupid, your name just went down in the Annals of all of the Black History books that have yet to be written.

Go with good, and Go with God, Professor Bell.

Black people and everybody else where human progress is being made ought to be paying you thousands in speaking endowment engagements to visit schools and colleges all over the nation.

White Women, Please Don’t Expect Me to Wipe Away Your Tears

(…she was TOO polite about this, but it was dead on point…)