First of before we start, RIP Kobe, this is a sad loss of so much more than just a basketball player. This legend did more off the field than he did on and his death is a huge loss, especially for our youth who looked up to him so much.

“He was just the kind of star that was perfectly cast on the Los Angeles N***ERS” – These were what sounds like the words uttered by the MSNBC Host today. BUT did she in fact say NAKERS?

Kobe was confirmed to have died today, Sunday 26th January 2020 when the helicopter he was traveling in crashed and burst into flames in the hills above Calabasas.

Also incredibly sad was the fact that his daughter Gianna, 13, was also on board and died along with seven others.

Here is the tweet from anchor Alison Morris (@AlisonMorrisNOW)

Earlier today, while reporting on the tragic news of Kobe Bryant’s passing, I unfortunately stuttered on air, combining the names of the Knicks and the Lakers to say “Nakers.” Please know I did not & would NEVER use a racist term. I apologize for the confusion this caused. 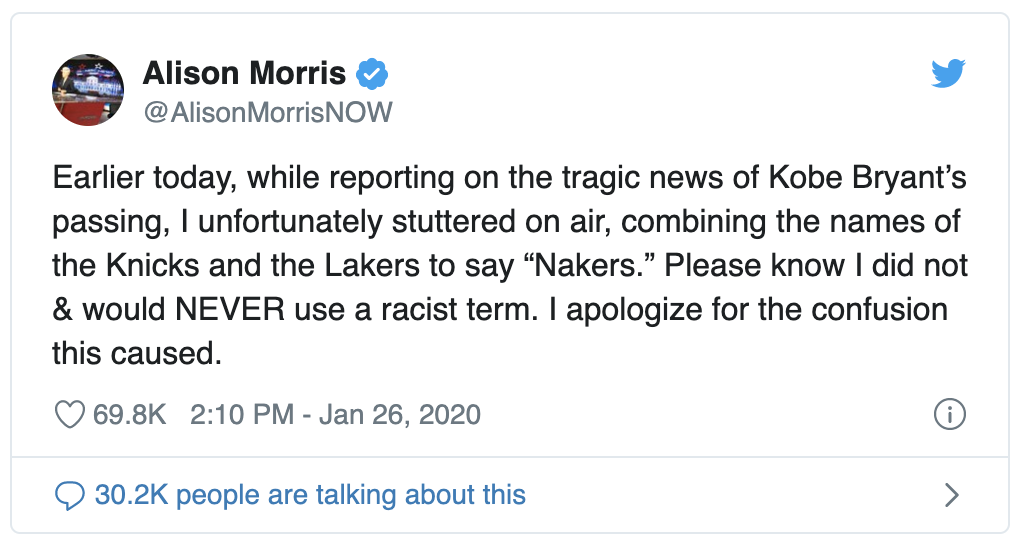