DID YOU KNOW? The Real Betty Boop Was A Black Harlem Jazz Singer!

Have you ever heard of Esther Jones “Baby Esther”, born Gertrude Saunders? Not many people have, she has fallen into obscurity despite being the inspiration for the Betty Boop, an iconic character known the world over.

Cartoonist Max Fleisher unleashed Betty in 1930, she was a jazz age flapper caricature. The first animation to become a sex symbol.

Tracking back the inspiration, it’s now generally agreed that the birth of Betty’s baby style was created by a black Harlem jazz singer named Esther Jones. She performed under the name “Baby Esther” in the 1920s at Harlem Cotton Club.

Esther introduced the baby style, the boop noises and created an act that was amazingly original and edgy for the time. 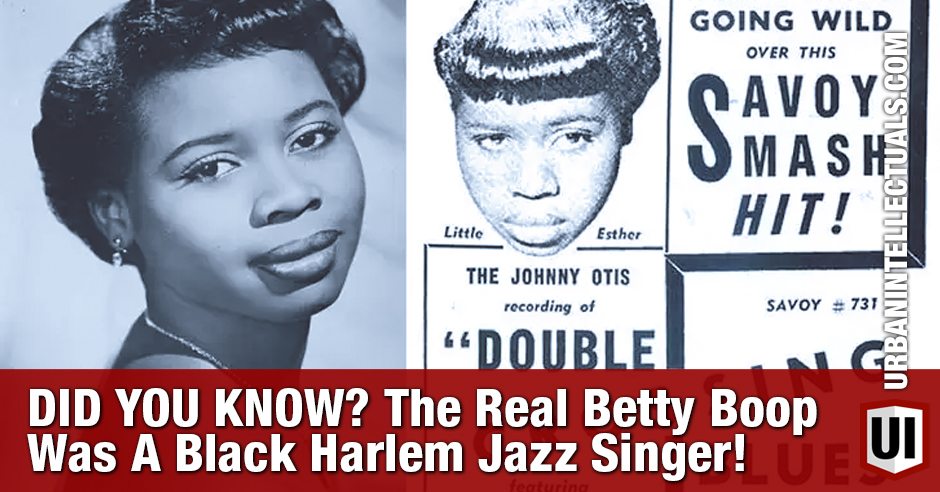 However, her persona and style was somewhat stolen/adapted by actress Helen Kane who saw Esther perform in the late 20s. Helen introduced the baby style into her music and actually ended up suing cartoonist Fleischer and Paramount Publix Corporation for stealing her style for the Betty Boop character.

BUT in the court, recorded evidence of baby Esther performing came to light and proved that the style Betty Boop had taken predated Kane. Still, Esther never received recognition.

You can hear Esther below: