Did You Know She Helped Blind People with Cataracts to See? Meet This Extraordinary Woman!

If you are considering Lasik Eye Surgery, you can thank this woman who invented the procedure in 2000. She holds four of the patents on the procedure so you will be assisting her in her philanthropic work and helping her Alma Mata, Howard University through her endowment if you do get the procedure.

Dr. Patricia Era Bath (born November 4, 1942, Harlem, New York) is an American ophthalmologist, inventor and academic. She has broken ground for women and African Americans in a number of areas. Prior to Bath, no woman had served on the staff of the Jules Stein Eye Institute, headed a post-graduate training program in ophthalmology or been elected to the honorary staff of the UCLA Medical Center (an honor bestowed on her after her retirement). 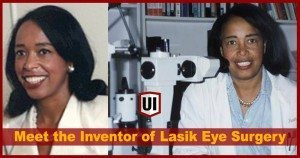 Before Bath, no black person had served as a resident in ophthalmology at New York University and no black woman had ever served on staff as a surgeon at the UCLA Medical Center. Bath is the first African American woman doctor to receive a patent for a medical purpose. Her Laserphaco Probe is used to treat cataracts. The holder of four patents, she is also the founder of the American Institute for the Prevention of Blindness in Washington D.C. Born in Harlem on November 4, 1942, Bath was the daughter of Rupert and Gladys Bath. Her father, an immigrant from Trinidad, was a newspaper columnist, a merchant seaman and the first black man to work for the New York City Subway as a motorman.

Raised in Harlem, Bath was encouraged academically by her parents.Inspired by Albert Schweizer or his work in medicine, Bath applied for and won a National Science Foundation Scholarship while attending Charles Evans Hughes High School; this led her to a research project at Yeshiva University and Harlem Hospital Center on cancer that piqued her interest in medicine.

In 1960, still a teenager, Bath won the “Merit Award” of Mademoiselle Magazine for her contribution to the project.]After graduating high school early, Bath received her Bachelor of Arts in chemistry from New York’s Hunter College in 1964. She relocated to Washington, D.C. to attend Howard University College of Medicine, from which she received her doctoral degree in 1968. During her time at Howard, she was president of the Student National Medical Association and received fellowships from the National Institutes of Health and the National Institute of Mental Health. Bath interned at Harlem Hospital Center, subsequently serving as a fellow at Columbia University.[4]

During this period, from 1968 to 1970, Bath became aware that the practice of eye care was uneven among racial minorities and poor populations, with much higher incidence of blindness amongst her black and poor patients. She determined that, as a physician, she would help address this issue. She persuaded her professors from Columbia to operate on blind patients at Harlem Hospital Center, which had not previously offered eye surgery, at no cost.[8] Bath pioneered the worldwide discipline of “community ophthalmology”, a volunteer-based outreach to bring necessary eye care to underserved populations. She served her residency in ophthalmology at New York University from 1970 to 1973, the first African American to do so in her field.

After completing her education, Bath served briefly as an assistant professor at Jules Stein Eye Institute at UCLA and Charles R. Drew University of Medicine and Science before becoming the first woman on faculty at the Eye Institute founded the American Institute for the Prevention of Blindness, for which she served as president. In 1983, she became the head of a residency in her field at Charles R. Drew, the first woman ever to head such a department. 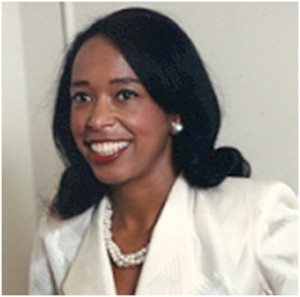 Bath holds four patents in the United States. In 1981…

Continue reading on the next page…
… Page 2

Bath holds four patents in the United States. In 1981, she conceived of the Laserphaco Probe, a medical device that improves on the use of lasers to remove cataracts, and “for ablating and removing cataract lenses”. The device was completed in 1986 after Bath conducted research on lasers in Berlin and patented in 1988 making her the first African American female doctor to receive a patent for a medical purpose.

The device — which quickly and nearly painlessly dissolves the cataract with a laser, irrigates and cleans the eye and permits the easy insertion of a new lens — is used internationally to treat the disease. Bath has continued to improve the device and has successfully restored vision to people who have been unable to see for decades.

Three of Bath’s four patents relate to the Laserphaco Probe.In 2000, she was granted a patent for a method she devised for using ultrasound technology to treat cataracts.

Bath has been honored by two of her universities. Hunter College placed her in its “hall of fame” in 1988 and Howard University declared her a “Howard University Pioneer in Academic Medicine” in 1993.]