DAMN SHAME: Only Person Going to Jail Involved in the Eric Garner Murder Is the Man Who Filmed It

Ramsey Orta is the 24 year old who filmed the chokehold death of Eric Garner. He is going to jail for 4 years as part of a plea deal for weapons and a drugs case.

A friend of Orta said after filming the chokehold death of Eric Garner, he became a NYPD target as they focused on him. After taking a plea deal and admitting to drug and weapons charges, he will do jail time.

Ramsey, who has been arrested multiple times following the Garner filing in 2014, had a case of domestic violence, but it was recently dismissed by the prosecutors.

Authorities explained he behaved rudely and threatened his better half Jessica, February 13th, at their Baruch Houses apartment.

It wasn’t clear why prosecution has been dropped, but Orta and his wife have since expressed that they are on some good terms.

At the courthouse following the plea deal, Orta was assisted by Kevin Moore, a 30 years old fellow member of the organization named Cop Watch. The are known for filming the police around the country and spreading the video through their platform.

Orta said he has been living with his wife in Las Vegas. He said he plans to ‘spend my last couple of months’ of freedom and liberty with her.

Despite the plea deal and his circumstances, Orta maintains he feels like he is a target of New York Police Department and has claimed someone has put some rat poison in his meal at Rikers Island Jail. He plans to take precautions upstate by sticking to the packaged commissary goods. 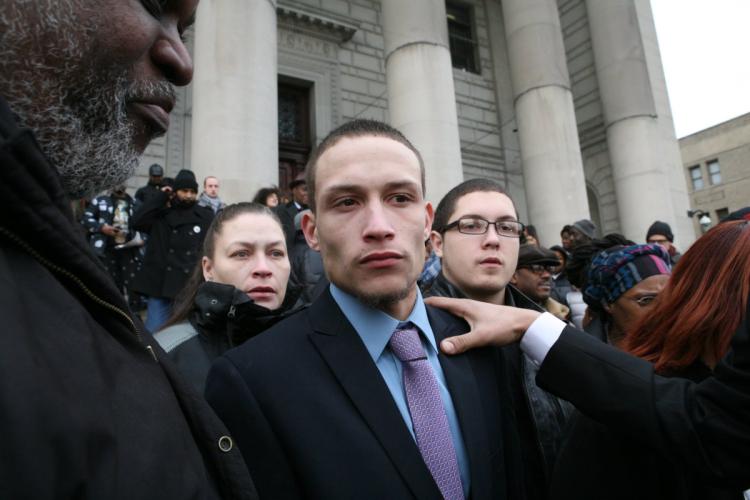