So, I’ll ask this before we even get into the story! If a group of armed white protesters turned up in Cleveland would the police be asking for the open carry law to be temporarily revoked? What do yo think?
The head of Cleveland’s largest police union has just called on Ohio Gov. John Kasich to temporarily restrict the state’s open carry gun laws and the Second Amendment during this week’s Republican National Convention.

John Kasich, Ohio Governer, has been asked by the head of Cleveland’s largest police union to temporarily ban the open carry gun laws during this week’s Republican National Convention due to the arrival of several armed black protesters! 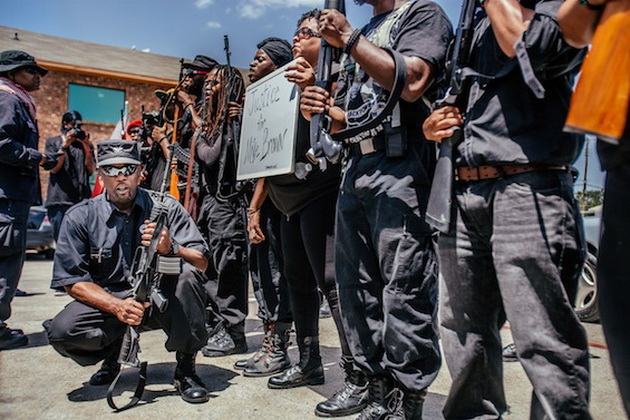 This call comes as members of various Black “Open Carry” and self-defense organizations began arriving in the city.

When various “gun rights” groups, with predominantly pro-Republican agendas and predominantly Caucasian members said they planned to show up, there was still no call from the police. Suddenly, as more and more African American armed protesters began checking in on the streets of Cleveland, the police made the call to the governor.

“We are sending a letter to Gov. Kasich requesting assistance from him. He could very easily do some kind of executive order or something – I don’t care if it’s constitutional or not at this point,” Stephen Loomis, president of Cleveland Police Patrolmen’s Association, audaciously said.

Ohio police, like police in every other state, are sworn to uphold not only the federal and state constitutions, but also the laws of the state they work in. This was a clear call for the police to write the laws themselves, on the fly.

State law in Ohio allows legal firearm owners to carry their weapons in public. In fact, this is in the Ohio state constitution itself. There’s no getting around that, even by a proposed executive order.

More astonishingly, this shows how little even the higher ups in the Cleveland police understand the way the law actually works.

With the small exception of a so-called “secure zone” set up inside and around the Quicken Loans Arena, protesters are legally allowed to walk around the city – including within its 1.7 square mile regulated “event zone” – with any firearm that is legal in the state.

Kasich, for his part, responding to the request, saying: “Ohio governors do not have the power to arbitrarily suspend federal and state constitutional rights or state laws as suggested.”

We use information collected through cookies and similar technologies to improve your experience on our site, analyze how you use it, and for marketing purposes.
Armed Black Protesters Cause Cleveland Police To Call For Temp Suspension Of “Second Amendment” Open Carry Law