Akon is the face of African Investment, but are the Chinese are pulling the strings?

The Senegalese-American recording artist talks frankly about US race relations, “rebranding” Africa, and his music. Akon talks to Al Jazeera about running his musical career as a business; his projects – both philanthropic and artistic; singing songs for peace and whether he thinks it can really make an impact; and being an African in the US.

In the interview, Akon talks about being a businessman, and how that’s very important in the field of entertainment. He says that even though he can perform on stage, he’s a businessman before being an entertainer. 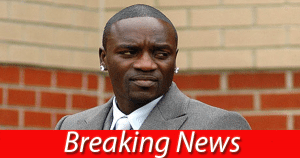 One concern that some have is the fact that the project is heavily financed by China Jiangsu International.  The Chinese have often been accusedof creating investment deals that are harmful to African people, as they operate under the cloak of expansion and modernization.

This has led to criticism that the deal is similar to the situation in which the rapper Jay-Z was presented as an “owner” of the Brooklyn Nets in order to get the community’s buy-in to build an arena in the city.  During the building of the Nets’ arena, Dr Cornel West and others protested, stating that quality jobs and re-investment should go back into the community.   Once Jay-Z was on board, the protests lost their voice.

What are the conditions under which Akon is borrowing a billion dollars from the Chinese?  Other countries have been investing in Africa for centuries, typically to the detriment of the country.  These nations are known for stripping Africa of its most important natural resources and taking wealth abroad while fattening the pockets of local leaders.  Is Akon’s project different?

According to CongoForum.com, some of these agreements with the Chinese can lead to far more employment for Chinese citizens than Africans.

More than 95% of all China’s programs in Africa have a clause that stipulates one breathtaking agreement: all infrastructure-related programs are required to have 70% Chinese contracted personnel. Only 30% of the people hired in these infrastructure programs are Africans. Last time I checked, equality means 50-50, not 70-30. Moreover, while the African governments choose where the infrastructure is needed, they have to pay back the money in natural resources, and are practically forced to give employment to thousands of Chinese instead of Africans.

The article also accuses Chinese firms of making products in Africa, and then dumping these cheap products into African markets, putting business people in the continent out of work.   So, imagine what Walmart might do to a small town.   Some also claim that Chinese investment in Africa is giving the Chinese government more power to control affairs in Africa and decisions of political leaders.

The article also makes disturbing allegations of exploitation of African citizens as the Chinese move into markets and change the living conditions of people who are already there.

They are building roads designed to help them take minerals out of Africa; Chinese are getting privileged, under-market prices for the commodities they are shipping out from Africa (oil, timber, coal, copper, coltan, etc.); they are creating segregated neighborhoods for Chinese people only: Chinatowns have sprung up throughout the continent just like the Apartheid era white farms; they are paying Africans very low salaries and often fire them when they try to object to working conditions (see the cases registered in Zambia, South Africa and Angola). All this considered, we still haven’t gotten to the “new” colonialism. All the above are replicas of the policies used by the white racists 50 years ago.

We use information collected through cookies and similar technologies to improve your experience on our site, analyze how you use it, and for marketing purposes.
Akon is the face of African Investment, but are the Chinese are pulling the strings?