Actor Delroy Lindo to Play the Great Marcus Garvey in Upcoming Biographical Movie to Be Released..When?

There have been a flood of slave movies to hit the market recently depicting black people as weak, downtrodden and powerless or a biopic movies that focus on celebrities, entertainers and those that dance, laugh for a living, but this is something different.

This biographical movie is about the one and only, legend of black history Marcus Mosiah Garvey. Not a man that was a slave or an entertainer, but a businessman with a vision to change the African diaspora once and for all. Garvey possessed skills in the world of business, politics, oration, planning, strategy, execution and a love for is people. 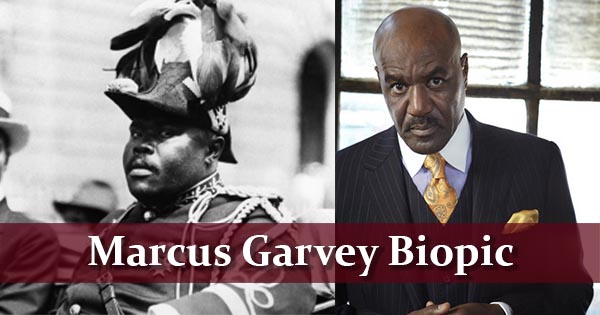 63 year old, Delroy Lindo has been tagged to play Marcus Garvey Sr. in the biopic written by Jodi Sallinder, directed by Steven Anderson and also starring Kevin Navayne and Loretta Davis. The movie is slated to come out in 2017.

Lindo was born of Jamaican parents, which lends some credibility to playing the role of Garvey, who was Jamaican born as well.

The Storyline according to IMDB.com:

Marcus Mosiah Garvey, Jr., was a Jamaican political leader, publisher, journalist, entrepreneur, and orator who was a staunch proponent of the Black Nationalism and Pan-Africanism movements, to which end he founded the Universal Negro Improvement Association and African Communities League (UNIA-ACL). He founded the Black Star Line, which promoted the return of the African diaspora to their ancestral lands.

Many are very excited about the prospect of this moving dropping and introducing a new generation of young people to the vision, words and power of Marcus Garvey, are you one of them?