Robert Mugabe, the President of Zimbabwe, has just completed his one-year term as head of the African Union and now the controversial figure is calling for something that would please many African nation.

The International Criminal Court (ICC) has been responsible for trying many Africans for crimes against humanity, Mugabe has also been suggested as someone who should be tried at the Hague in front of the ICC.

However, Mugabe, and many African leaders have suggested that the Hague’s ICC, based out of Europe, is heavily biased and now Mugabe is suggesting that Africa set’s up it’s own version of the ICC to try Europeans such as Tony Blair and George Bush who have committed crimes against Humanity, especially against Africans and the Middle East.

A Zimbabwean newspaper, The Chronicle,quoted President Mugabe as saying that it was time Africa established its own ICC to help seek justice for serious war crimes and crimes against humanity committed by the West, especially during the colonial times.

“They committed crimes, colonial crimes galore – the slaughter of our people and all that imprisonment. I have a case. Why was I imprisoned for 11 years? We forgave them, but perhaps we have not done ourselves justice. You set up the ICC; we set our ICC to try Europeans, to try Mr. George Bush and Mr. Tony Blair,” Mugabe said.

What do you think about this idea? Does Mugabe have a point or is he just a criminal retaliating against people who are attacking him? 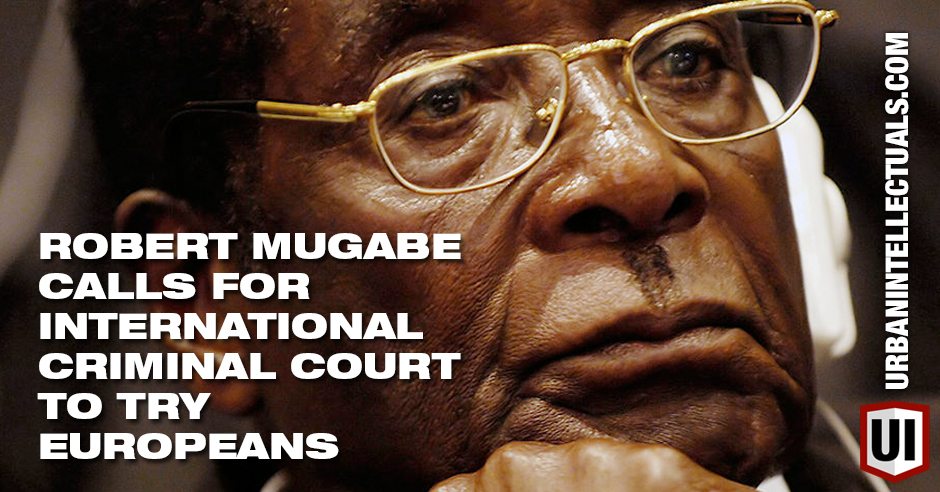