It’s fairly obvious that white supremacist ideals live quite high up in many police forces, from individuals carrying those beliefs to dubious decisions that affect America’s minorities. However, an FBI report has now gone into depths to just how long this has been going on and how deep it is. The proof wasn’t needed for us to know but it’s good to have yet more official evidence.

The Intercept did some steller work and reported: 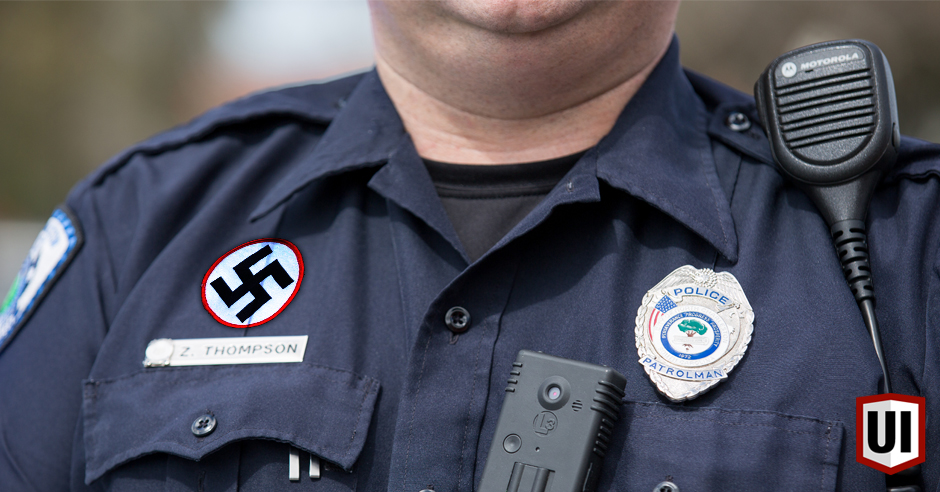 WHITE SUPREMACISTS AND other domestic extremists maintain an active presence in U.S. police departments and other law enforcement agencies. A striking reference to that conclusion, notable for its confidence and the policy prescriptions that accompany it, appears in a classified FBI Counterterrorism Policy Guide from April 2015, obtained by The Intercept. The guide, which details the process by which the FBI enters individuals on a terrorism watchlist, the Known or Suspected Terrorist File, notes that “domestic terrorism investigations focused on militia extremists, white supremacist extremists, and sovereign citizen extremists often have identified active links to law enforcement officers,” and explains in some detail how bureau policies have been crafted to take this infiltration into account.

Although these right-wing extremists have posed a growing threat for years, federal investigators have been reluctant to publicly address that threat or to point out the movement’s longstanding strategy of infiltrating the law enforcement community.

No centralized recruitment process or set of national standards exists for the 18,000 law enforcement agencies in the United States, many of which have deep historical connections to racist ideologies. As a result, state and local police as well as sheriff’s departments present ample opportunities for white supremacists and other right-wing extremists looking to expand their power base.

That report appeared after a series of scandals involving local police and sheriff’s departments. In Los Angeles, for example, a U.S. District Court judge found in 1991 that members of a local sheriff’s department had formed a neo-Nazi gang and habitually terrorized black and Latino residents. In Chicago, Jon Burge, a police detective and rumored KKK member, was fired, and eventually prosecuted in 2008, over charges relating to the torture of at least 120 black men during his decadeslong career. Burge notoriously referred to an electric shock device he used during interrogations as the “nigger box.” In Cleveland, officials found that a number of police officers had scrawled “racist or Nazi graffiti” throughout their department’s locker rooms. In Texas, two police officers were fired when it was discovered they were Klansmen. One of them said he had tried to boost the organization’s membership by giving an application to a fellow officer he thought shared his “white, Christian, heterosexual values.”