What is Radical Thinking in the 21st Century?

A few weeks ago, I made a Facebook post pertaining to a hypothetical situation in which I had a monopoly over U.S. legislation. In that post, I made propositions advocating for the termination of all prisons, legalization of all drugs, and free education for all. Immediately after posting this, I had many convoluted responses. I had a few supporters and a few curious people that wanted me to expound more. However, the overwhelming majority was very critical (or at least had critical overtones) in their responses. Having said that, those are the people I would like to address. This is my question to you guys: why are you afraid to think radically? 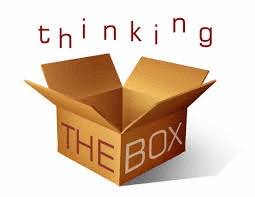 In this present moment we live in a society of what Dr. Marc Lamont Hill would call “constant speaking.” In this world, we have all sorts of social media apparatuses: Facebook, Instagram, Snapchat, Twitter, Text messaging, etc. When we log off of social media, we turn on the television where we may hear intellectual debates on CNN, music debates on BET, sport debates on ESPN, and gossip debates on reality programming. With all of this going on, it is easy to see that there is no shortage of talk at all. However, with all of this talking going on, there cease to be any true communication going on. I know what you are thinking. You’re asking, “If we have no communication going on, then how are these websites and television shows literally filled with all of this talking?”

My answer to that is that everyone is talking, but no one is truly listening. I am on Facebook literally four or five hours everyday. I monitor the activity closely and I notice that people tend to only talk to those who already agree with them and dismiss those who disagree with their comments. No point in listening to someone who already agrees with you or listening to someone who you have no desire to agree with. When I watch CNN debates, I see individuals quietly let their opponents speak (not because they are listening) but because they are waiting for them to shut up so they can speak on what they were already going to say before their opponent started talking. This sort of “communication” inhibits growth because we are not trying to find people with the information that we have not acquired, but we are seeking for individuals who will already agree with what we find to be the truth.

In the 21st Century, radical thinking involves “deep listening.” Radical thinkers must seek individuals who are going to argue against every point they make, not for the purpose of debate, but for the purpose of growing. When radical thinkers seek individuals who have beliefs that are the antithesis of their beliefs, they capture the opportunity to affirm their truth or debunk what they thought was truth and learn an even stronger truth as a result. In addition, it is not sufficient to just listen but we must understand how to listen.

When listening deeply, radical thinkers must know how to ask deep questions. When I say deep questioning, understand this is not for the purpose of sounding smart in front of people. Deep questioning is merely for the purpose of radical change. It is paramount for us to start thinking really deep. When I say deep, I mean really deep. If I can illustrate, how deep I want to go, I would use the word “subcutaneous” in my description.

Radical thinkers must start asking questions outside of society parameters. When you hear Republicans and Democrats arguing against prison reform. You may hear people on the right say, “Well we must lock more criminals up to prevent crime from becoming too prevalent.” You’ll hear people on the left say, “But these policies are too harsh, we need to cut down on mandatory prison sentencing.” In the 21st century, these debaters are not thinking radically.  A radical thinker would ask if the prison itself should exist. Is locking up humans in cages for 23 hours a day humane? These are the type of  questions that should be going on in the conversations of radical thinkers.

Many people will read this and argue “Of course we need prisons. Are you crazy?” However, if we look at history, we will see that people used these same arguments for slavery, women suffrage, and gay rights. At those points in times, it was logically feasible to think that way. However, the radicals rose and started questioning society. As a result, Black people were no longer legally enslaved, women are voting, and homosexuals are getting married in some respective regions. 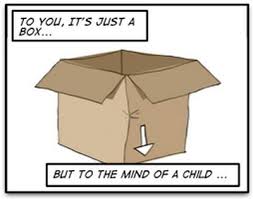 As we conclude, understand what it means to be a radical thinker in the 21st century. Understand that you must listen deeply as well as question deeply. Understand that you will be severely hated as a result just as Martin Luther King, Jr was and Malcolm X was when they died. People may say that those individuals were ahead of their time but being a radical thinker means being ahead of your time. Understand that this is a lifelong struggle so if you are not doing it for the love of the people, you might as well back down now. Paraphrasing Socrates, in your pursuit for the Truth understand that you will never reach it. But it will always be a constant struggle to implement Truth, along with the virtues that attribute it, in our society via laws, practices, etc. There is nothing described in this article that MLK and Malcolm X did not exhibit themselves. If you want to have as great an impact as they have had understand that you will have to go through the same struggles that they went through and inevitably suffer the same fate.

Are you ready to be a radical thinker in the 21st century?