The Bayou Classic is always an amazing occasion but this year it was on a new level. With an attendance of over 66,000 people in the Mercedes-Benz Superdome in New Orleans, both teams put up a fight that left all watching on the edge of their seats. The Grambling State Tigers came into the game in dominating fashion, winning their last 9 straight games after a 43-14 rout by Toulane in their first game of the season. The Southern University Jaguars started off with a clutch against South Carolina State University in the SWAC/MEAC challenge against South Carolina State University 14-8. After that win, Southern faced injuries that caused them to lose three straight games. They caught their stride again, beating my HBCU Fort Valley State University 31-14 and didn’t look back. They also came into the Classic on a win-streak, winning their last 6 games.

The Classic was high stakes. Southern looked to notch their first win against their fellow SWAC rivals in the last three years. Southern Senior QB Austin Howard was playing his last Classic game and wanted to end his collegiate with a bang, notching a win and going up against East division champion Alcorn State in the last SWAC Championship Game in the division’s history. Howard’s plans were sadly thwarted. 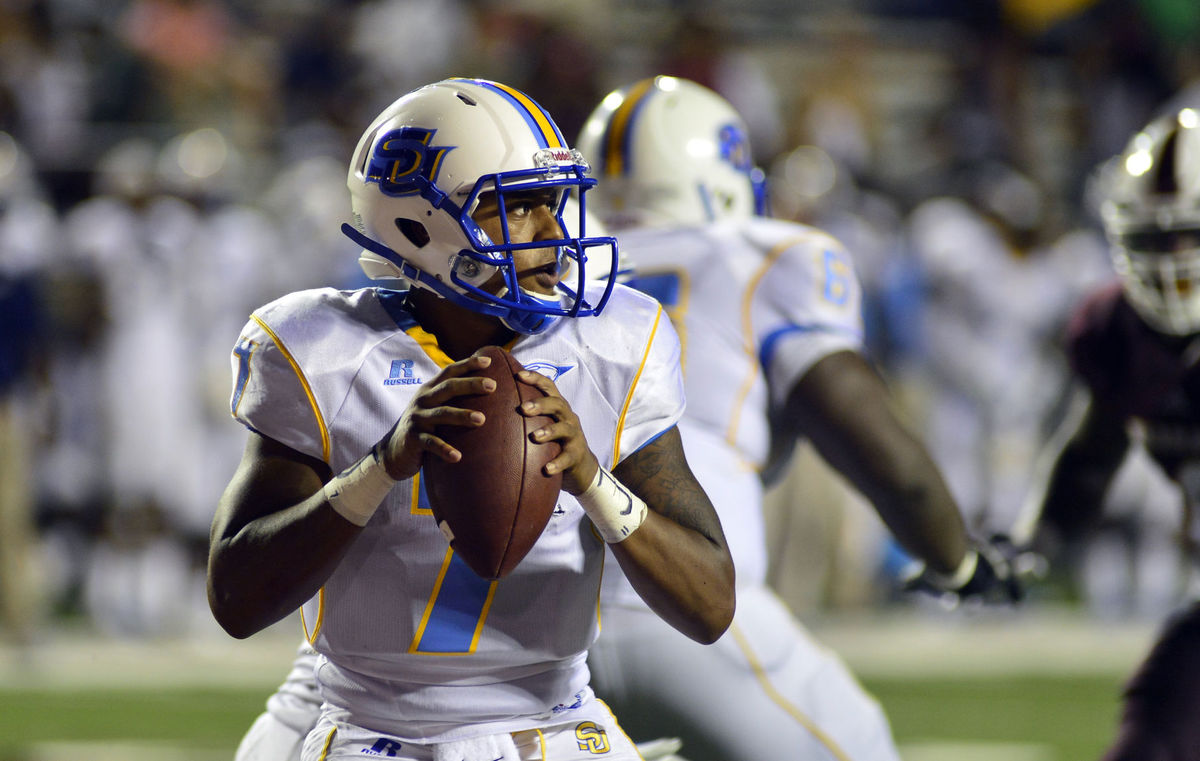 Howard, on the first play, threw an interception that led to a GSU Touchdown. It took him midway into the first quarter to actually have a successful drive, only completing his first class with 5:23 left in the first quarter. Grambling’s defense was suffocating and Southern receivers simply weren’t catching the passes that Howard was throwing.

Devante Kincade was amazing in the first half. He was evading defenders and making them look foolish when they’d try to touch him. He hit a spin move that looked like something you’d see on the latest Madden game! He hit a nice redirection move early in the 2nd quarter that led to a touch down. It was 14-0 early, Grambling looking to be poised to dominate the Jaguars once again. Howard and the Jaguars refused to give up their fight, scoring a touchdown later on in the 2nd quarter that put them within arms reach once again. Grambling led 14-7 with a completed field goal to end the half.

The Battle of the Bands at Halftime was more closely contested than the game. The Human Jukebox sounded magnificent as always and hit formations that left me in awe. The one where they spelled out “T U R N T” had me on the edge of my seat! How did they do that? However, The World Famed Tiger Marching Band had energy out of this world. You could feel their energy. Their performance was literally like a party, something that’s normally synonymous with Southern. To me, it was too close to call on who won although I enjoyed Grambling’s performance a little more.

After a rousing Battle of the Bands, the second half started with Southern coming out the gate playing like they wanted to win. Their offensive drives started to get lengthier and Howard started to connect with more of his passes. They finally got a tocuhdown with 3:31 left in the 3rd quarter, bringing the score to 14-17 with Grambling still in the lead. 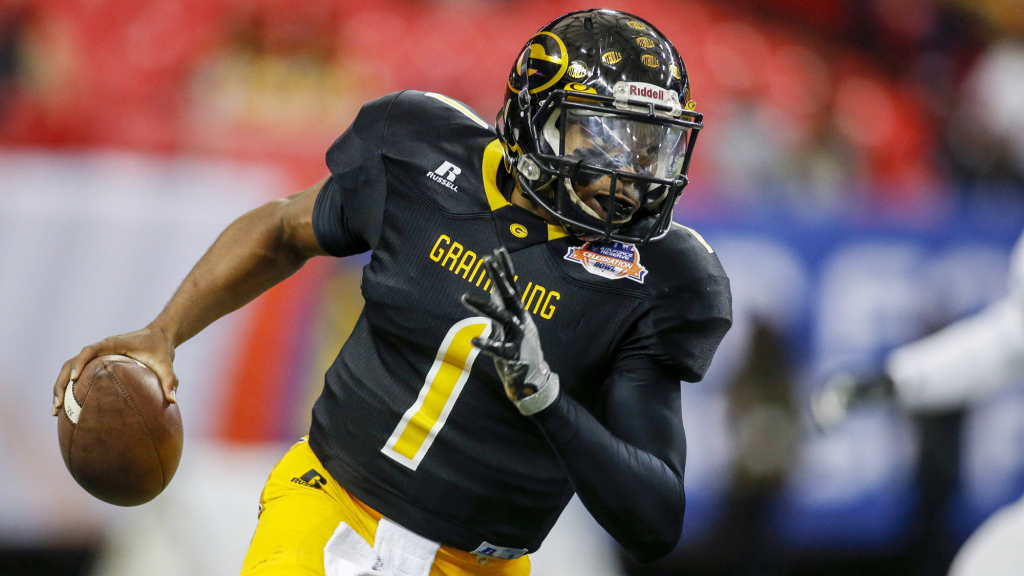 I don’t know what happened but Kincade started to lose his swagger. The Southern defenders started touching him up and he started  throwing incomplete passes. Maybe we can coun that to the fact that he dealt with the injury of Martez Carter, who came back at the start of the 4th quarter. Still, he appeared shaken up. Meanwhile, Howard played it cool. He threw some great passes an got a clutch touchdown with 5:02 left in the 4th that looked like won the Classic. With 5 minutes left to go the score was 21-20 with Southern leading comfortably. Grambling was not having that.

They scored another touchdown after a great kickoff return. Later on Grambling field gold kicker Orozoco kicked a successful field goal that pushed the game to two possessions. The score was 30-21.

A Howard interception officially ended the Bayou Classic. It was definitely one that truly had us all on the edge of our seats. Grambling’s dramatic win leaves me hopeful that the SWAC Championship Game next week will be just as great as this classic ga

me. With how it looks, Grambling might notch a win against Alcorn State if they keep playing with this type of intensity. Only time will tell and I’ll definitely be watching next Saturday afternoon!

You can watch the full 2017 Bayou Classic, along with the Halftime Battle of the Bands, below on HBCU Pulse’s YouTube channel! Make sure to subscribe!

Check out my Thanksgiving Story “I’m Thankful For My Ex” on Wattpad & YouTube!