We all know the stereotype, the food stamp collecting black ghettos scattered around the US, well, stereotypes need to be stamped out for good reason and beating them back one by one is paramount!

The attack on the black community as a bunch of government begging, scamming, poor people is racist at it’s core and a little home truth is that the highest rate of Food Stamp usage in the USA is NOT EVEN in a black neighborhood.

In fact it’s in a place that’s close to 100% white and heavily votes for the Republican party!

The place that uses the SNAP Food Stamp benefits the most in the United States is not in Chicago, NYC, Detroit, no! It’s Owsley County, Kentucky. A place that is said to be 99.22% white and 95% Republican! 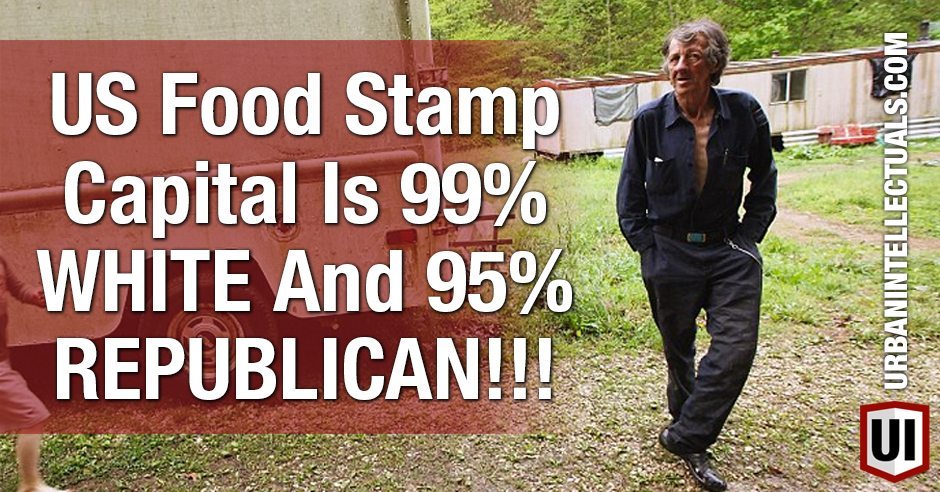 It’s 5,000 residents also earn the lowest median household income on the mainland (Puerto Rico is the only place lower) and has been heavily hit by a decline in many domestic industries such as coal and tobacco!

To push opposite stereotypes further Cale Turner, county executive of Owsley County, has also spoke to ABC in 2010 and said

“Those with drug addictions end up in prison without effective treatment. And it happens over and over in this community. The drug problem continues to get worse every year.”

We feel sad this community is facing such hardships and like ALL AMERICANS they should be supported and we should all wish for them to be pulled out of this mess!