YOUR THOUGHTS? Teacher On Leave After Stomping On American Flag!

While teaching his class about the First Amendment Lee Francis, a history teacher at Massey Hill Classical High School in Cumberland County, stomped on the Stars and Stripes. A photo went viral and now the teacher is on leave!

The incident happened on Monday in his junior-level American History class.

He had been teaching about Texas v. Johnson, a case that upheld that flag desecration was protected by the First Amendment and the Bill of Rights.

Francis was informed by the school district’s human resources department Tuesday afternoon he’ll remain on leave until the investigation is complete.

Francis, a Terry Sanford High School and Campbell University graduate, said he hadn’t stepped on the flag in prior teachings.

Two students walked out of class after the incident — the latter pupil carried the flag to the principal’s office to be “properly taken care of,” Francis said. He asked the remaining students if they were offended.

They said no, he said.

“But this is exactly what I teach: You don’t teach kids how to think or what to think; you teach them to go their own path,” he said. “If they feel so convicted that this is their cause they’re going to stand for, I don’t blame them. It’s an upper-level school for those who aspire to go to college and in that regard, we have rigor and expectations, so I treat them as such.” 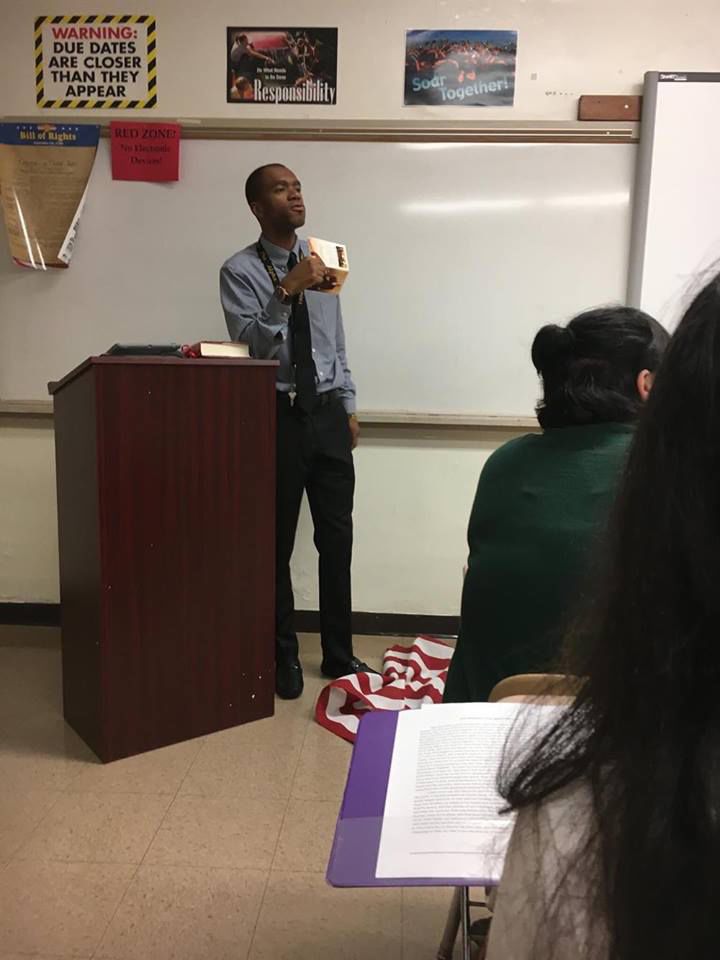 So, what do you think? Should he have not gone so far?

Read more on the story here.