John Legend has continued to work in the television industry by furthering his relationship with WGN America and is set to start a new series that is known as the Black Wall Street, based on a true story.

A story where despite the efforts of jealous, racist and violent neighbors, the Black community came together in the late 1800s and early 1900s to build a thriving business district, known as Black Wall Street, and community.

The series is set to be produced by Legend’s company Get Lifted.

The series is about a black neighborhood in Oklahoma known as Tulsa, a thriving black dominated neighborhood and a haven for blacks. White citizens destroyed Tulsa in 1921, burning it in a two-day rampage.

Black Wall Street was a nickname that was given to Tulsa, an area that had wealthy and affluential black individuals in the US.

In a statement released by the Wrap, this series is to be developed by John Legend alongside Mike Jackson, Tika Sumpter and Ty Stiklorious, who are his business partners.

The series is however in its early stages of development.

Legend has worked with WGN for quite some time and is the producer of another successful show known as Underground’, a drama that is about the fight for freedom by southern slaves.

The series had over 3 million viewers. The show renewed in April for the second season.

However, the entry of Legend in the television industry is still new, as he is well known for his music, which has won him Oscar and Grammy awards. 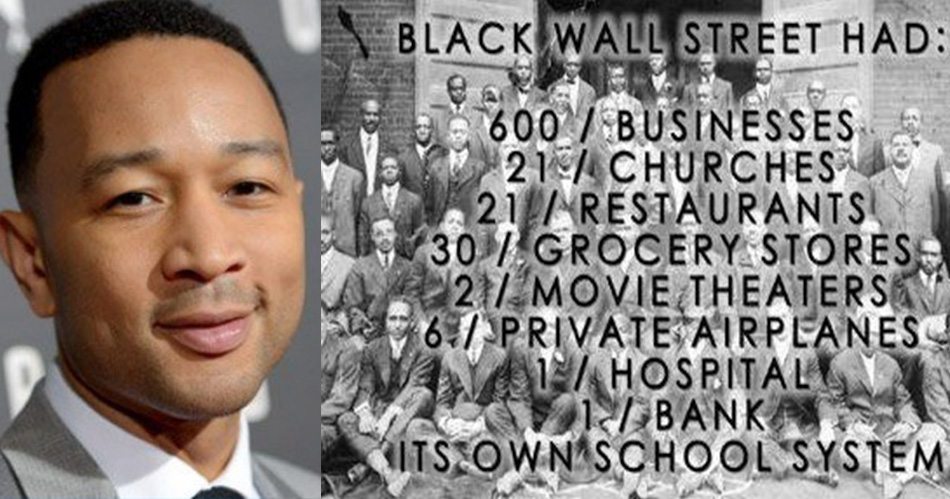