Talib Kweli & His Charity Give Over $100,000 To Ferguson Activist

In a move that could make me cry, rapper turned activist Talib Kweli headlines a charitable effort to raise and give funds to front line activist in Ferguson. The effort dismisses the notion that black celebrities don’t care about the black community.

Every movement is in dire need of economic stimulus and support. Kweli is well aware of this and has decided to do more than just talk about making a difference in the black community, he is using his star power to put money behind those on the front lines doing the work our people need done to make this moment a movement. 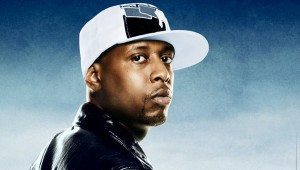 Friday, Kweli’s charitable group distributed over $100,000 in grant money to support protesters and their various organizations.

“These are young men and women who have put their lives on hold to stand up for all of our freedoms,” Kweli says in a prepared statement. “The overly militarized police force in Ferguson has attempted to criminalize them by harassing and throwing them in jail for exercising their right to peaceful protest.”

The name of the charity is called the Action Support Committee and it is comprised of artist and activist including Kweli, Tef Poe, a St. Louis artist, and Autumn Marie, an activist and curator, among others.

The name of the charity is called the Action Support Committee and it is comprised of artist and activist including Kweli, Tef Poe, a St. Louis artist, and Autumn Marie, an activist and curator, among others.

The aim of the group is to spread grant money around to local, frontline organizations for bail money to reach those engaging in peaceful protest who are arrested and other efforts not supported by foundations. NewsOne spoke with Patrisse Cullors about the effort. Cullors is the co-founder of BlackLivesMatter movement and member of the committee.

“It’s supportive in a sense that folks on the ground are doing work, whether they have money or not,” Cullors says. “It will help people to do more work on the front lines without having to worry about money.”

This committee and fundraising effort was born out of the fall out around the Michael Brown case, who was an unarmed teen shot and killed by Ferguson Police Officer Darren Wilson. From there, Kweli and staff launched a crowdfunding effort to raise $25,000 for local activist. However, the campaigned raised over $100,000.

This past Friday, they doled a total of $48,800 of the money raised. Most of it, $35,000, going to Missourians Organizaing for Reform and Empowerment (MORE). $2,000 went to Artists As Tutors and $2,000 to the Revolutionary Reading Program: Freedom Fighters.

The rest of the funds have been earmarked for a variety of other organizations, but UI is proud to see members of the celebrity and regular community coming together to fight for our causes as one.

SOUND OFF: What do you think of Talib Kweli and the Committee’s efforts to spread funding to Ferguson activist?