In just two hours a duty found an anti-gay pastor guilty of all 8 counts of child molestation.

“Been through so much with these Jacksonville homosexuals that I don’t see none of them as victims. I see them as getting what they deserve!!”

This anti-gay pastor had a dark secret and has ruined the lives of two teens.

he was found guilty of sexually molesting a teenage girl and boy in incidents that were said to have happened in 2010.

Sentencing will happen on April 25.He faces up to life in prison. 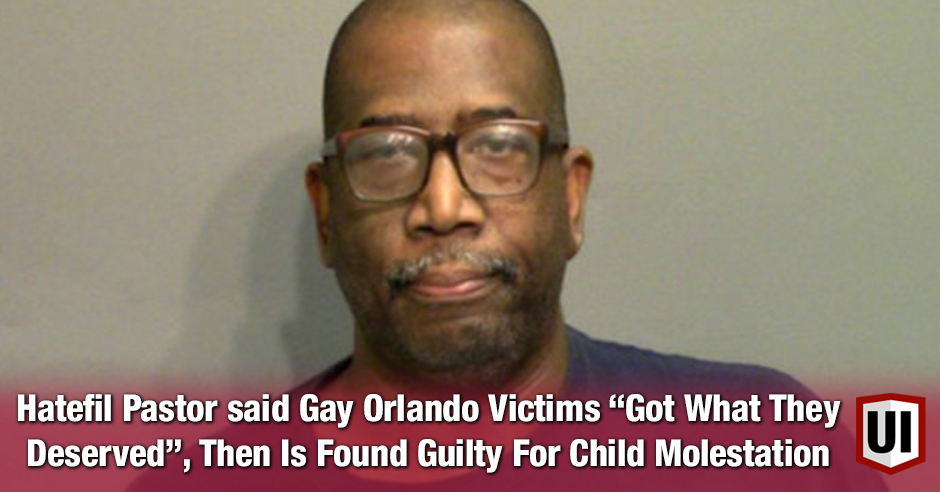 I’m not making this an attack against all religious leaders but we keep hearing of these kinds of cases and misuse of power again and again. And it’s not uncommon for people who spit hate to be doing something disgusting themselves, like some kind of twisted guilt makes them hate on other people.

We hope he spends a lot of time reflecting on what he did and who he hates. He has forever ruined the lives of two young people and that can’t be taken back.

More details in the Huff.