The world was introduced to a powerful new force in the #BlackGirlMagic movement last night at the Olympics in Rio, Brazil, but the sad part is you probably haven’t heard much about it.

20 year old Simone Manuel became the first African-American, female swimmer in history to win an Olympic Gold medal for America. She pulled off the history making moment Thursday night in the 100m freestyle.

Manuel came from behind in the last few meters with a burst of determination, pride and hard work to pass Austrailian favorite Cate Campbell to touch the wall at 52.70 to tie 16 year old Candian Penny Oleksiak.

Their time is a new Olympic record!

It was an incredible race and one Manuel and the global African diaspora will remember for years to come.

As you can imagine, Manuel was emotional during the post race interview as the historical importance of her feat began to sink in.

“All I can say is all glory to God,” Manuel said. “It’s definitely been a long journey these past four years, and I’m just so blessed to have the gold medal.”

Wiping away tears, she said, “This medal is not just for me, it’s for a whole bunch of people who have came before me, and been an inspiration to me and it’s for all the people after me who believe they can’t do it. I want to be an inspiration to them that they can do it.”

If you’ve been in America long, you already know there was some sort of controversy over the presentation of this feat. NBC, the American media outlet covering the Olympics didn’t show the medal ceremony that night, so many people missed it as a result.

Did they do this on purpose? Clearly, but for what reason? We will let you make that determination.

The bottom line is this BLACK GIRL ROCKS and should be praised here and far for her hard work, dedication to her craft and achievement in the 2016 Olympic Games in Rio, Brazil. 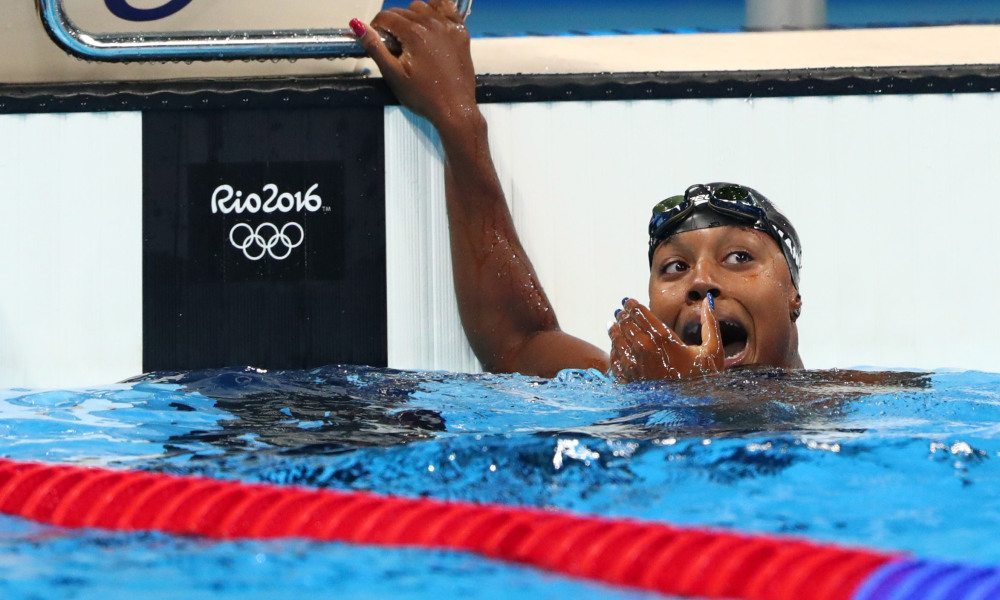