FAM: I don’t even know what to say about this one.

The sad part is neither do we. Words cannot express the sorrow we feel for the parents of this young, talented teen who will never have her light shine on this world again. The senseless violence in Chicago, Obama’s back yard, rages on leaving survivors, friends and family to asking why.

A 15-year-old girl who performed at President Obama’s inauguration last week was shot dead Tuesday while hanging out with friends after school in bullet-scarred Chicago.

Hadiya Pendleton — described by family as a “walking angel” — was standing under a canopy in Vivian Gordon Harsh Park when a gunman ran down an alley, opened fire and fled in a white car, police said. 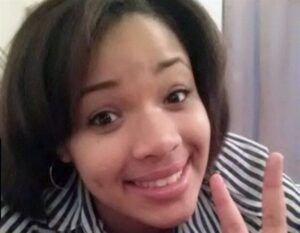 Pendleton was shot in the back but managed to run about a block before she collapsed, officer Laura Kubiak said. She died at the hospital.

A 16-year-old boy was wounded in the 2:20 p.m. incident. Police said Pendleton, who had no criminal record, was probably not the intended target.

“Never in a million years did I think I would get a call that my own baby had been gunned down,” Pendleton’s mother, Cleo Cowley, said through tears from her Chicago home.

She said she was at work Tuesday afternoon when she got an unexpected call from one of her daughter’s friends.

“She was screaming on the phone that Hadiya’s been shot, she’s been shot, and I just didn’t understand,” said Cowley.