Nas Net Worth? Rapper On The Verge Of Becoming A Billionaire And Guess How He Is Doing It?

Nas Net Worth is about to get much bigger! Nas certainly isn’t the most famous of Hip Hop’s elite but the rapper has been quietly working away in the background building up his business and it looks as if he is close to the tipping point of becoming the next hip hop billionaire.

But what on earth has made him so much cash?

Believer it or not Nasir “Nas” Jones is a fully fledged venture capitalist, investing in some of the most innovative projects in silicon valley.

His firm QueensBridge Venture Partners, which is based in Los Angeles, has invested in over 40 start-ups across a range of sectors.

And while Nas is hitting 1 billion Kanye is saying he is $53m in debt, read more HERE!!

He has invested in companies such as Lyft, Dropbox, Coinbase and Tradesy and LANDR. His firm concentrates on people and ideas, makes very careful investments and invests in around 20 new projects per year.

When many of these projects are poised to go public the billionaire status will likely come and that’s when Nas net worth will boom. 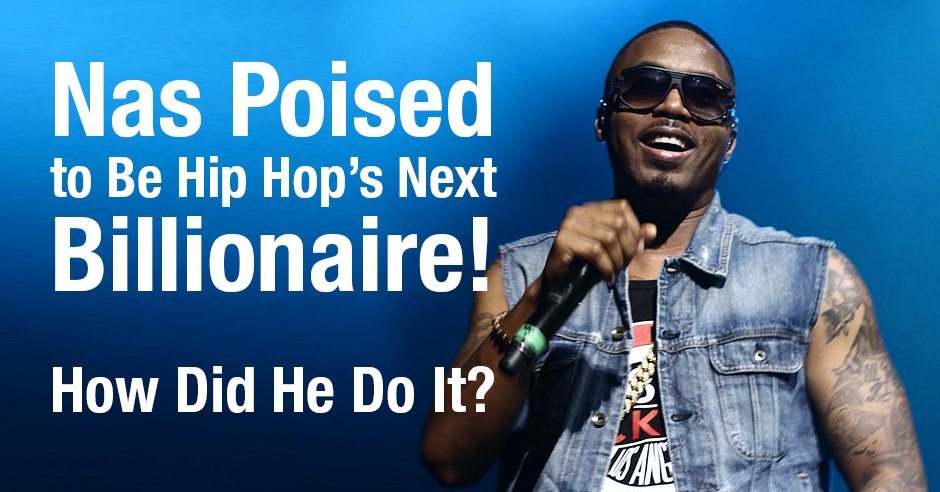 “I’ve always wanted to be surrounded by the smartest people in the world, and didn’t want to limit that to just music,”

“I want to meet the people who are innovating in all different fields, and investing lets me do that,” Jones said. “I meet the people that are changing the game across all different industries, and I get to be there first at the ground level. It’s helped me to progress tremendously in my business.”

Nas Was An Early Investor In The Black Shaving Products That Have Raised $24M and Will Be Carried By Target!

Not bad for an 8th grade drop out!

So, what is Nas net worth?

And above Nas there is Jay Z, Birdman even! Nas, according to the Richest is worth only $17million. However, with the companies that could go public soon his net worth will likely explode and bang, he may even officially be Hip Hop’s first true billionaire!

And he has been quite quiet about all this!