PROTEST: Malcolm X Movement Let’s Out Swarm Of Bugs In Burger Joints! FIND OUT WHY?…

Protest comes in many forms and public disobedience definitely makes for some of the most interesting tactics!

Two protest groups have worked together to shut down two upmarket burger restaurants by releasing a swarm of bugs including crickets and cockroaches onto their premises.

But why? What pushed them to do this?

Immigration officers rounded up 35 people from Albania, Brazil, Egypt and Nepal in the raid, which took place across London on the morning of 4 July, the Home Office has confirmed.

Staff were allegedly told to attend a health and safety meeting at 9.30am, but immigration officials quickly arrived instead. 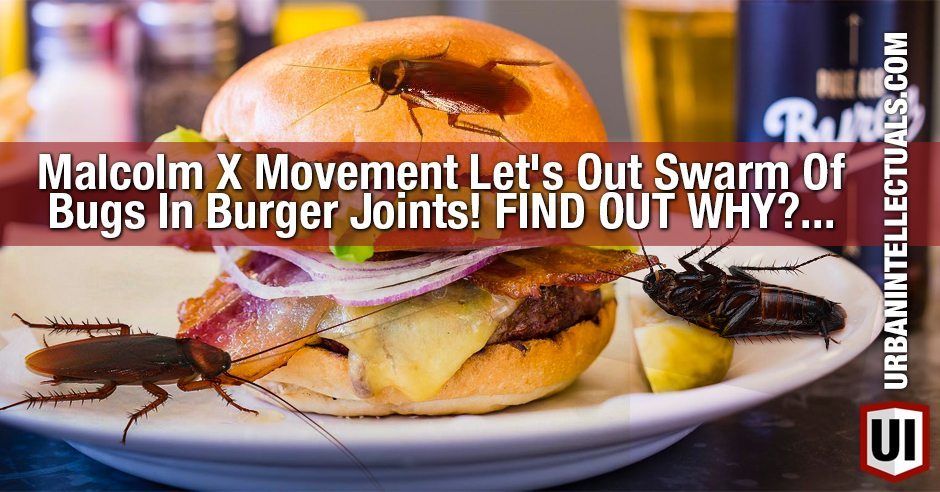 A Facebook joint statement was released by activist groups London Black Revs and Malcolm X Movement. They said that due to the “despicable actions in the past weeks having entrapped waiters, back of house staff and chefs in collaboration with UK Border Agency”.

“Many thousands of live cockroaches, locusts and crickets [have been released] into these restaurants. We apologise to customers and staff for any irritation, however, we had to act as forced deportations such as this and others are unacceptable, we must defend these people and their families from such dehumanised treatment,”

What do you think of their efforts?

You can read more on The Guardian here: http://bit.ly/2aIO69J