Nicknamed Apiuna, his skull was found deep inside a cave in Brazil 50 years ago. Now a graphic designer has reconstructed his face and what you can see may settle the debate regarding Africans being the first to land on the American continent!

This skull, found in the same archaeologically rich region, has similar traits to today’s American Indians.

The discovery of the African’s face challenges the thinking about the American continents’ first pioneers.

Apiuna bears a close likeness to Luzia, the name given to the 11,500-year-old skull of a young African woman, whose remains are the oldest ever found on the South American continent.

In 1998, Luzia’s fossilised bones, excavated more than 20 years before from the same region as the primitive men, were found to have similar ethnic characteristics to modern-day indigenous Sub-Saharan Africans, native Australians and Melanesians.

See this screen grab below and watch the video here. 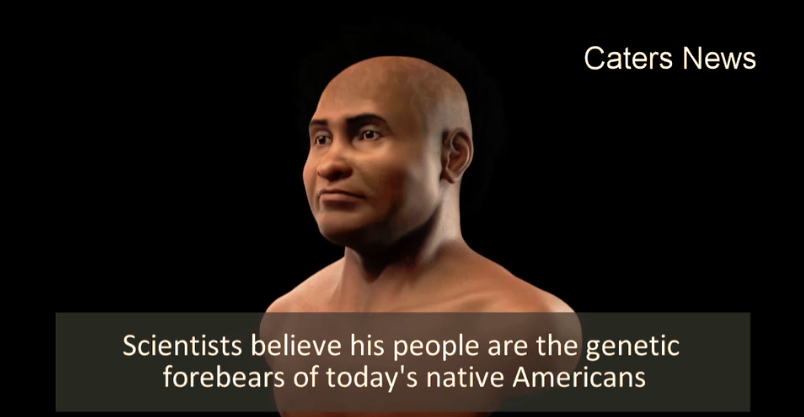