A Charlotte-Mecklenburg, Charlotte, NC police officer shot and killed a disabled man who was reading in his car on Tuesday afternoon. He died in hospital after the fatal shooting and protests have started at the scene.

Police say they were searching for someone with outstanding warrants, they say they saw a man with a gun leave a vehicle, although this man was not the search suspect. They say he returned to his vehicle and police came to investigate where he “posed an imminent deadly threat to the officers”. So one officer opened fire.

Eyewitness accounts say he was first tasered, then shot. The victims brother says he had a book, not a gun and the officer has been put on leave. He was also said to be just waiting for his daughter. 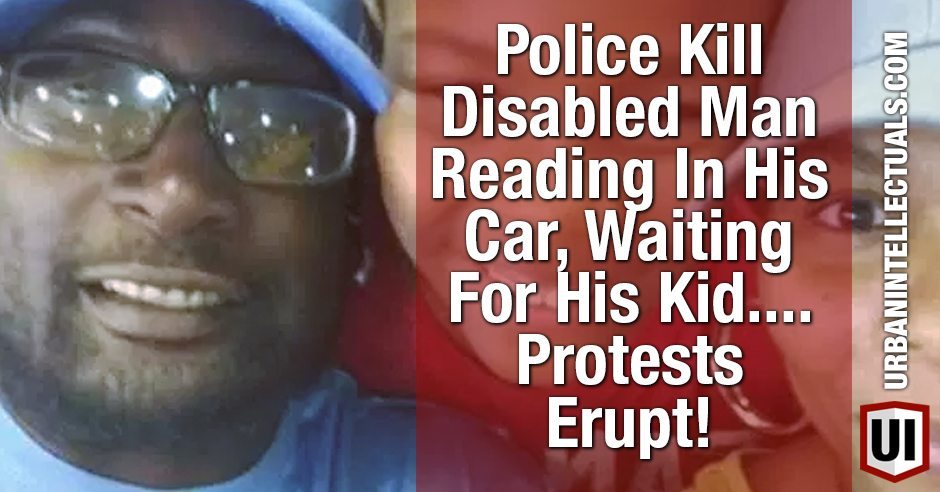 The man who lost his life was a 43-year-old named Keith Lamont Scott. The officer who killed him is Brentley Vinson.

Protests erupted at the scene of the crime and Scott’s daughter went live on Facebook, she was heard saying “fuck the police”, and that her father was not armed, after finding out about the shooting of her father. Chants of “All Lives Matter And Black Lives Matter” were also heard at the protest. She found out about his death at the protest via the news.

Her video can be seen below.

RIP Keith Lamont Scott. The protests should NOT STOP, THIS NEEDS TO BE TAKEN NATIONALLY. DO NOT STOP, DO NOT BREAK. THIS CANNOT CONTINUE.