So many people feel utterly dismayed during this election season, especially young black voters who obviously don’t trust Trump but have no love for Hilary either. At this stage, a 3rd party vote feels dangerous for many as it could push Trump into the job! So many are feeling like burying their head in the sand and waiting until the storm passes….

Of course this whole mess is a problem! Many feel the only logical decision is to vote for Hilary, the lesser of two evils. Of course, we could debate for hours as to whether this is a good solution or not but clearly President Obama thinks it is and seems to at least pretend to share understanding of the conerns young blacks are showing.

Obama is on a swing state tour and on Thursday he dropped by Florida’s Duval County. Duval is a large African-American community, they love Obama and helped both his wins. 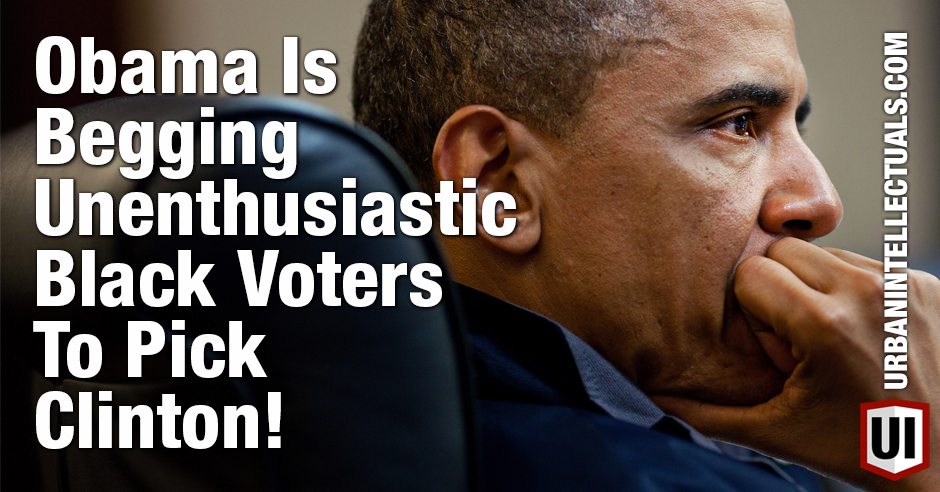 Talking to a packed crowd (three times the auditorium’s 6,000 limit turned up making a half mile queue), the Pres told voters:

“I know that a lot of you may feel cynical. There’s a lot in this election that can make you feel discouraged,” he told a packed basketball arena at the University of North Florida, singling out the younger voters in particular. “Right now, young people, you have this opportunity that doesn’t come around all the time. Where history can move. You can bend the arc of history in a better direction.”

Obama stood up there for 38 minutes. He listed accomplishments such as bringing the economy back from the brink of depression and scaling back wars (arguable, right?).

Obama is unlikely to be seen as a bad president overall, maybe not the black president many hoped for but definitely not a bad leader of the country as a whole. However, is Clinton really the woman to keep the balance? Trump isn’t, most black voters are clear on that.

A 3rd party nominee would have been a great thing to grow, Jill Stein for example. But many feel a vote for her is futile and achieves nothing.

We can only guess that’s how Obama feels, hence the near begging of people!