NeNe Leakes’ Net Worth? It’s Solid Despite Tweeting That She Was Broke

NeNe Leakes is one of the original cast members of Real Housewives of Atlanta, and the one that raked in the most cash per season, her salary was reportedly $1 million per season! She appeared as a full cast member for 7 seasons and did come back in a supporting role for season 8 BUT still earned full salary. That’s her power in the show. However, she has since moved far beyond semi scripted reality TV and has moved into fashion design, presenting, writing and serious acting, even making it to broadway! Her hard work has paid off pushing up her worth. It’s estimated that NeNe Leakes’ net worth is $12 million.

NeNe was born Linnethia Monique Leakes Johnson on born December 13, 1967 in Queens, NYC. However she was sent to live with her aunt in Athens, Georgia at a young age.

Before The Real Housewives of Atlanta, NeNe had pursued some TV roles and was making her way through the perils of becoming an actor / personality. But her big break came in 2008 on the show. She was an instant celebrity and an instant hit leading to 7 seasons as a full leading cast member and 1 season in the backdrop, as a support role.

After the first season she co-wrote the book Never Make The Same Mistake Twice with Denene Millner and then gradually pushed into traditional acting. She landed a recurring role as Roz Washington in Glee, Rocky Rhoades in The New Normal on NBC and in other reality shows The Celebrity Apprentice and ABC Dancing with the Stars.

She also managed go get onto Broadway playing Madame in Rodgers & Hammerstein’s Cinderella in 2014 and in 2015 played Matron “Mama” Morton in Chicago.

These days she is a panelist on the reborn To Tell The Truth game show, she is a co-host on E’s Fashion Police and is a clothing designer for Home Shopping Network. She also has a one-woman comedy tour named So Nasty, So Rude! All around a busy and hard working lady, probably worth every penny of her $12 million. 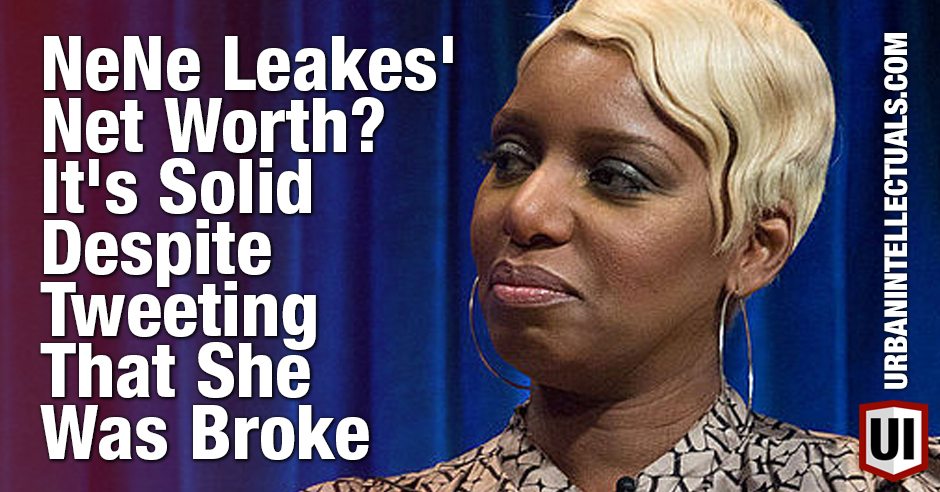 Tax trouble! She owed the IRS big and tweeted that she was broke, but…

Earlier this year, some tweets by NeNe indicated that she was having a hard time. She tweeted:

@NeNeLeakes – Aug 21
4 all those that r asking, reporting & concern…Yes I am broke & unemployed. Just another dumb Celeb that doesn’t know how 2 money manage

@NeNeLeakes – Aug 21
My priorities r all screwed up! I’m just a damn fool out here about to lose my house! Please start a Go Fund Me

However, despite some misreporting, it seems these tweets were jokes in relation to a federal tax lien worth close to a million dollars.

NeNe just had to settle the tax which she seemed to have accrued during a busy 2104. Considering her net worth this probably wasn’t the biggest of issues and she certainly isn’t out of work these days!

NeNe is worth a lot and the Housewives show has really pushed her to the big time. However, despite her much higher show earnings, her net worth isn’t even half of her co-star Kandi Burruss, who is famous for writing No Scrubs and a gazillion other hit songs!

Are you a fan of NeNe, do you think she is another good for noting 15 minute of fame celeb or is she in it for the long haul?

How does she compare to other Black Celebrities Net Worth? Find Out here.