Marco Rubio: The funniest drink of water in world history

Florida U.S. senator Marco Rubio delivered the the most recent Republican response, in both English and Spanish, on February 12, 2013.[1] 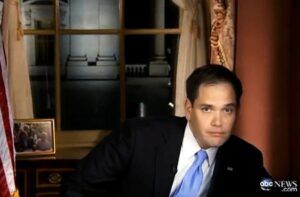