The past two weeks have not been favorable for the African-American community. First, white supremacist terrorist Dylann Roof sits in a bible study class in the historic Emanuel AME church in Charleston, South Carolina on June 17th leaving nine dead. Then, we’ve witnessed a string of black church fires all across south to round out the month of June. One of these suspected church arsons happened in my hometown of Macon, GA at the Church Of Christ last week. These incidents weren’t thoroughly investigated and links to possible hate crimes were tossed from the realm of possibility by law enforcement officials immediately. Now, another viral news story once again coming from my hometown. This time, racial undertones were in no way present. However, they were quickly casted onto the story by several suspected white supremacist commentators.

The story has been followed by Middle Georgia news outlet 13WMAZ and is reported as followed:

“According to the Bibb Sheriff’s Office, at 1:50 a.m., a large crowd of teens entered the Walmart on Zebulon Road, and ran down the main aisle, pulling merchandise off the shelves. Investigators say when the teens reached the back of the store, they ran down the opposite aisle pulling more items off the shelves. The group of teens then ran outside and left the store in multiple vehicles.”

This act is indefensible. There is no way to justify vandalism in any way, shape, form, or fashion. These teenagers indeed shouldn’t have been out at that late of an hour. These points are well and true. But, my question is what part does race play into this? How is this act of childish preciousness being mistaken for an attempt to start a race war and a hand at the mysterious “knock-out game” that was debunked back in late 2013, most notably by bestselling author and creator of the Hidden Colors series Tariq Nasheed.

Looking into this story, it’s obvious to anybody that can look past their bigoted perceptions of racial relations to see that this wasn’t a malicious act. The store was vandalized but no items were taken, especially those of particularly high value. Registers were left untouched. No innocent bystanders were hurt. Playing on age old racial stereotypes and citing broken philosophies of racial inferiority is a far reach, especially when the news outlets (minus Infowars) doesn’t even point out that the teens were black.

It didn’t take extensive research to find other stories of teenagers vandalizing stores. And, these offenders were of 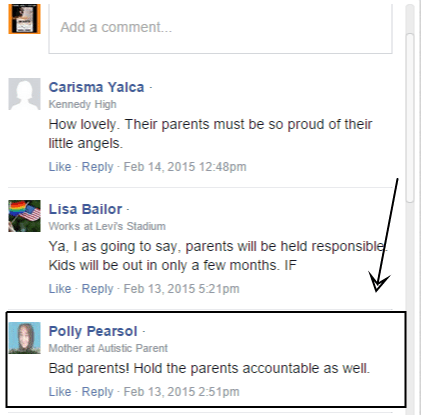 “Police said five teens were arrested on Wednesday for storming into a Marysville grocery store and vandalizing its aisles. “I saw them start to throw the wood piles onto the parking spaces, so I ran over to see what was going on and they were just swearing and going on,” store employee Joel Perez said. “It was liked I walked into a movie.” Marysville Police Department Lt. Jason Garringer said they got a number of 911 calls from inside the Save Mart on Wednesday around 1:40 p.m. In surveillance photos, one of the suspects can be seen drinking out of a blue bottle. In another image, it looks like coffee grounds were dump all over the floor.

“They even dumped over oil, cooking oil, on the floor,” Perez said.

Garringer said it’s the first time he’s dealt with a case like this.

“I’ve got to say this is the first time for me personally. None of them were wearing any kind of masks, there was no concern of police or anything like that,” Garringer said. “It was pretty clear they were there to carry out some kind of an act like that.”

Garringer said according to the preliminary investigation, it appears the teens’ motive was retaliation. He said three females of the five involved in the incident were arrested at the same store on Monday for trespassing and resisting arrest. The five teens are facing charges of conspiracy, burglary, felony vandalism, battery and resisting arrest with physical violence.”

In the story above, evidence lead investigators to believe that the act of vandalism was meant to be in retaliation for a previous event. A patron of the store even got seriously injured. The commenters on the story weren’t antagonistic towards the teenage offenders in any way shape of form. Their attention was quickly turned on the their guardian’s apathetic parenting skills. 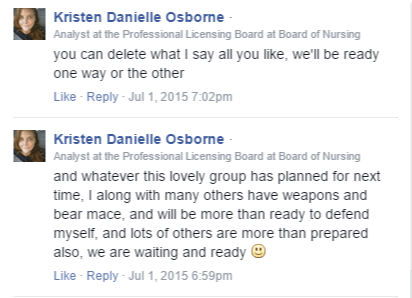 So, this small incident requires weapons being used on the teens that did the act? Yeah,that’s some sound logic…..

However, the opposite is true for the majority of  commenters on the reports of this incident in Macon.  Insidious racial statements were posted and several  suspected white supremacist commenters even went as  far as to insinuate that violence should be used against  these teens. The deflection tactics and sarcastic  comments aren’t working in their desired plan of  deflecting from the obvious hypocrisy surrounding this  case in my hometown of Macon, Georgia. And the  individuals with a bigoted mindset are slowly being  revealed. Seriously, where did the subject of “race wars”  come from?

All in all, the teenagers that committed this act on Sunday were wrong. But, don’t expect for black people to apologize for what is an isolated incident. This is not a systemic problem. “Justice” will surely be served for the individuals in this case. But, what about the Dylann Roof’s of the world that get $4 million dollars for murdering innocent members of a church? I think the national media spotlight is turned the wrong way. 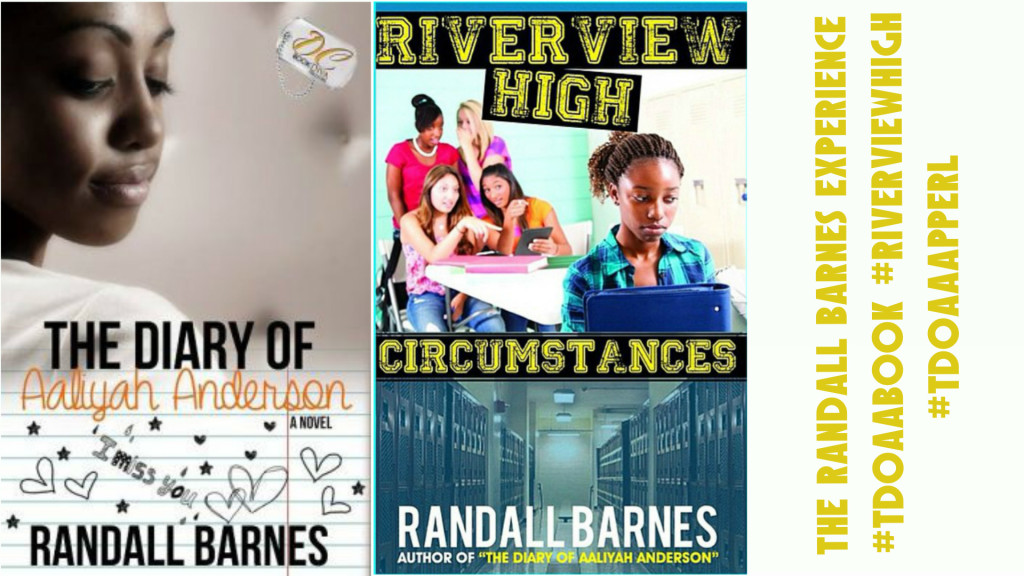 -We came, we saw, we conquered! My debut publishing effort “Riverview High: Circumstances” reached #2 on the Amazon charts! Check it out on Amazon today. Don’t forget to leave a review!

-“The Diary Of Aaliyah Anderson” is out now! Make sure to go get it!