“Back during slavery, when Black people like me talked to the slaves, they didn’t kill ’em, they sent some old house Negro along behind him to undo what he said. You have to read the history of slavery to understand this. There were two kinds of Negroes. There was that old house Negro and the field Negro.

And the house Negro always looked out for his master. When the field Negroes got too much out of line, he held them back in check. He put ’em back on the plantation. The house Negro could afford to do that because he lived better than the field Negro. He ate better, he dressed better, and he lived in a better house. He lived right up next to his master – in the attic or the basement. He ate the same food his master ate and wore his same clothes. 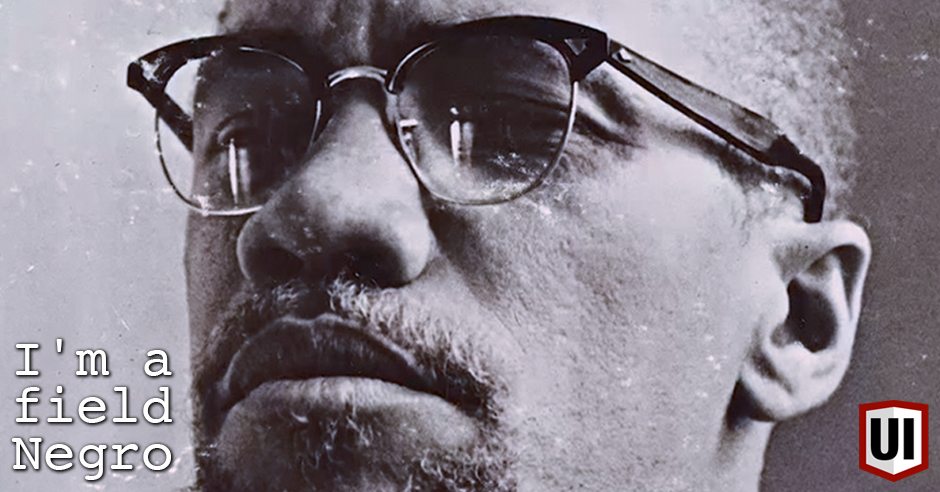 That was the house Negro. But then you had some field Negroes, who lived in huts, had nothing to lose. They wore the worst kind of clothes. They ate the worst food. And they caught hell. They felt the sting of the lash. They hated their master. Oh yes, they did. If the master got sick, they’d pray that the master died. If the master’s house caught afire, they’d pray for a strong wind to come along. This was the difference between the two.

And today you still have house Negroes and field Negroes. I’m a field Negro.”

We use information collected through cookies and similar technologies to improve your experience on our site, analyze how you use it, and for marketing purposes.
Malcolm X: The Field Negro & The House Negro (VIDEO)