Any tropical disease expert will tell you that the best way to avoid getting malaria is to not get bitten. But with the rainy season quickly approaching, malaria-bearing mosquitoes are going to be multiplying all across Africa.

The World Health Organization estimates that this fever-inducing parasite claimed 395,000 lives on the continent in 2015 alone; it is especially deadly among children under five, the elderly and pregnant women.

Just this February, Rebecca “Mama Masika” Katsuva, the Congolese heroine who spent decades standing up for the victims of war-related sex crimes, succumbed to the disease.

So it is especially exciting to see some of Africa’s sharpest minds go to work in search of life-saving solutions. Enter Moctar Dembélé of Burkina Faso and Gérard Niyondiko of Burundi.

The two former students made history in 2013, when they beat “650 competitors from nearly 40 countries” to become not only the first Africans but the first non-American team to win the Global Social Venture Competition (GSVC).

The inventors say they chose soap as a way to protect a wide variety of users because it is low cost and widely used by people of all backgrounds, so it doesn’t require people to accept a whole new behavior: 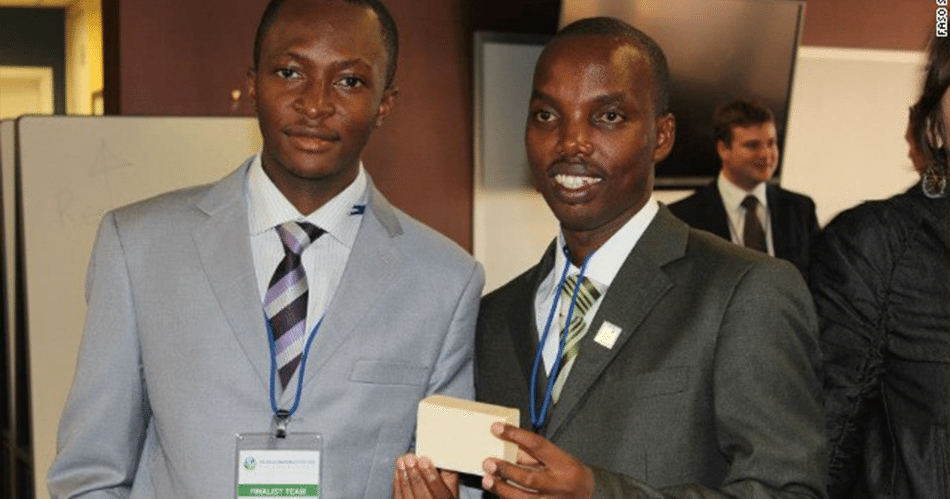