Magic Johnson is a certified icon in black America. Outside of his work in the NBA as a legendary point guard that changed the way basketball is played, he’s also a successful entrepreneur that creates projects and programs that positively impact our communities.

His most recent venture ASPiRE TV, an African-American targeted television network launched in 2012, fills a well needed void in the television landscape that’s been felt ever since the sale of BET to Viacom in 2001. The premise of the network is simple: to create and broadcast positive, family oriented portrayals of black life.

One of the more pertinent things they do on the network is showcase HBCU’s in ways that’s never been done before by other corporate television networks.

ASPiRE TV has shows like Black College Quiz, HBCU Sports and Inside The Game that gives visibility and, in return, renewed interest in our black institutions. [1] ASPiRE is a huge supporter of the Southern Intercollegiate Athletic Conference (SIAC), the conference my HBCU Fort Valley State University competes in.

ASPiRE regularly features HBCU students from the SIAC in their programming and shows key matchups in our conference. What ASPiRE TV does for me as an HBCU student is priceless. Now, they’re at risk of losing ten of the twenty million households they’re featured in.

The controversial merger of Time Warner and Charter Communications [2] leaves ASPiRE’s fate undetermined. Will Charter choose to keep the Afrocentric television network in their rotation? HBCU students understand that there is a definite need for the services of ASPiRE, especially to our mass communication majors.

So, there’s been several tweets from college students on the hashtag #BlackMediaMatters to attempt to start a trend that very well could keep Charter from dropping ASPiRE.

There’s also been a push to go to the FCC website and cite the reasons why ASPiRE should stay on the air. Aid in the cause! Why does black media matter to you? Join in on the conversation with tweets and Instagram post using the #BlackMediaMatters hashtag. Also, go to the FCC website (linked below) and tell them why ASPiRE TV is relevant to you as a black consumer. There’s a change in the tide of entrepreneurship in black America over the past few years. Let’s make sure the trend stays steady!

Link: http://apps.fcc.gov/ecfs/upload/begin?procName=15-149&filedFrom=X
Example of a comment: I strongly urge the FCC to ensure that networks such as ASPiRE will continue to be available to me and others in the HBCU community.
Don’t forget to follow @tvASPIRE and @thesiac on Twitter!

Teen author Randall Barnes talks about why teenagers don’t like (and often hate) to read and how we can change the narrative. He also interviews Mackenzie Terry (@Kenzieterry5 on Snapchat)and Kiera Scott (@kiara_scott01 on Snapchat) , two reluctant teen readers.

Randall talks about the importance of HBCU’s and what these institutions can learn from Drumline. 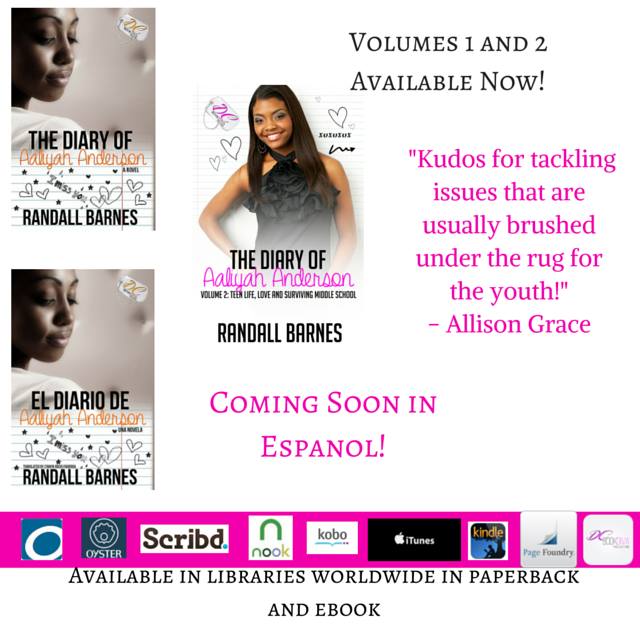