MADNESS: POLICE Pepper Spray 84-Year-Old Woman IN HER HOME, SHE DID NOTHING WRONG!

What the flying f*%k? This madness is out of control. Reports are saying that Muskogee police went into to the home of the 84-year-old woman. They were looking for her son, they were done with her, she had done nothing wrong. YET, they the pepper sprayed her and there is a video released to prove it.

WHAT THREAT COULD SHE HAVE POSED TO OFFICERS? Was she armed? NO, SHE WAS NOT! Was she complying? YES!

At the end of the day, she was not the target, yet police decided to hurt her, potentially doing something that could cause cardiac arrest. 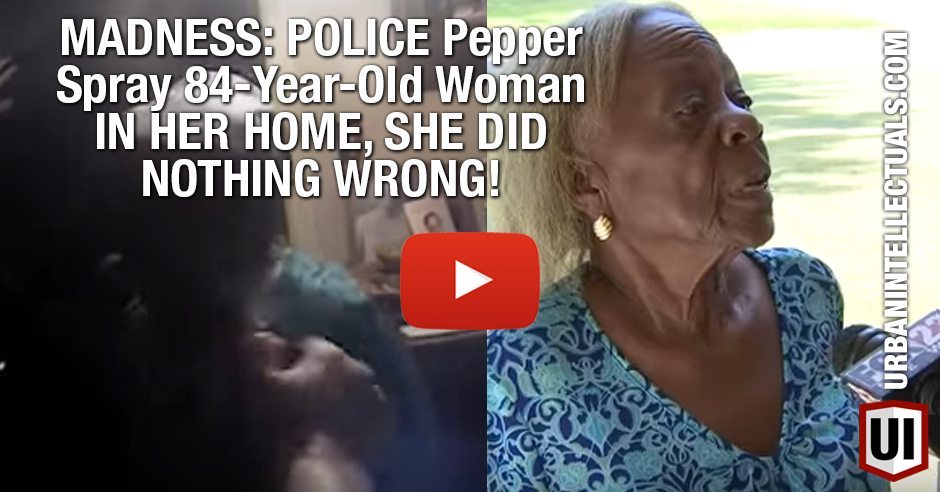 Officers were chasing the woman’s son when he ran into the house. They asked to him to come out and he refused.

They then went into the home and used a Taser on the suspect. The women then came out and police commanded her to turn around.

FOX23 counted about 40 seconds in the video between that command and when she was pepper sprayed.

And the video and report can be seen below:

She says she will file charges for the attack.