Louis CK gets it. Why don’t you?

“You can’t take a people’s historical context away from them.” Louis C. K.

And here’s a little about his start in Stand Up. 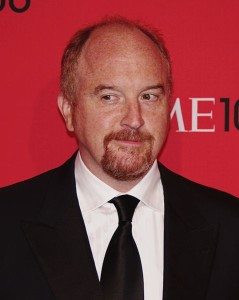 Louis C.K. first took the stage in 1984 at an open-mic in Boston, Massachusetts, during the apex of the comedy boom. He was so discouraged by the experience that he didn’t perform again for two years. As Boston’s comedy scene grew, he gradually achieved success, performing alongside acts such asDenis Leary and Lenny Clarke.

In 1989, he moved to New York City. Now in the heart of the comedy world, he performed his act on many televised programs, includingEvening at the Improv and Star Search. In 1996 HBO released his first half-hour comedy special.

C.K. has performed his stand-up frequently on shows such as Late Show with David Letterman, Late Night with Conan O’Brien, Lopez Tonight, The Tonight Show with Jay Leno, and Jimmy Kimmel Live!. In August 2005, C.K. starred in a half-hour HBO special as part of the stand-up series One Night Stand.

Inspired by the work ethic of George Carlin, the comedian who had committed to dropping all of his existing material and starting over every year.