For those of you who don’t see my stuff any longer due to FB logarithms pushing bullshit to your feed, its hard to find good stuff when they only push shit that they think is trending. In any event, I cut my hair couple of days ago. I had my locs for right at 18 years. My wife was graduating high school the same year I started growing them. I have since come to realize that many of my relatively recent friends and compadres have never seen me without locs. So yes, I look different and I’m traumatized but its hair folks, it will grow back.

The fact of the matter is that regardless of how we feel, time forces change. In less than one month. I went from the first pic to the last because Nature sometimes shows you that you are not in charge of anything. As I sit with chemicals burning what is left of my hair, let me tell you a cautionary tale about living in the hood, surrounded by US, and living in the burbs and regular contact with EVERYONE.

My oldest child will be 10 years old come next April and truth be told I had not seen how much he has grown until I cut his hair. Remix is three quarters as tall as Myks and he’s ten. Nothing but legs and arms. (***note to self, teach his ass a jump shot) For the first 8 years of his life my child played around his own. There had never been anything but black kids in my house. You can count on one hand how many times a white kid had been in my home. Last year Gy made friends with the kids his age out here in the complex. Blacks, whites, hispanics. All have been in the house. Not a lot at first but after a while more and more little white kids. I got love for em cause I talk to they ass like I talk to mine. Their parents know that when they come to my house they follow my rules like they mine. They still come back and I cuss they little ass out just like I cuss out the black ones. (Hey, don’t judge me!) Anyway, one of those little minions of the Man, unleashed biological warfare against the Kingdom of Loc. 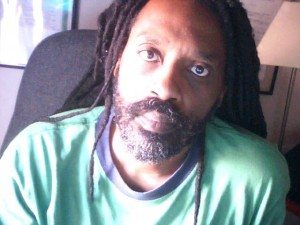 The Kingdom of Loc had existed since dark times in the life of its greatest hero, Jalal Tariq. Forged in the pitch black tunnels of Gladiator School (Westville Correctional Center). The Kingdom of Loc emerged and reign supreme for years on end. Times were good. A Prince had been born to the Royal Couple followed by twin Princesses. All was fair and there was justice in the land. The forces loyal to the Man were jealous of the peace in the Kingdom and conspired to send its minions on a mission to infect the Kingdom of Loc with its most insidious and unbeatable force, fuckin Head Lice.

For those of you who have known me for most of my life know that I’ve slept in some fairly hard places in my early life.  That’s why I tell people all the time, I can relate to what these kids go through, In any event, I’ve been around only us. My kids had only been around us. Let the neighbors in and four weeks later you have to admit defeat and get the clippers. 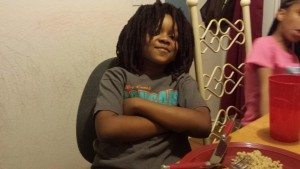 Let me explain something folks. Don’t believe the hype, lice prefer CLEAN hair. Locs that are cared for regularly are clean. That is the best breeding ground for lice to lay their eggs. Once they lay their eggs inside that lock its virtually impossible to get them out. The life cycle of this little bastards is one week from egg to adult.  Adult females lay about 8 eggs a day.  I fought back though. I washed everyone’s hair in vinegar and tied a plastic bag around their head. Killed a GANG of them. Three days later, they back. Finally we to the store and bought some of that GMO approved insecticide shampoo.Washed heads, killed a GANG more of em. Now what the directions tell you is to take this nitcomb and break the eggs off the shaft where they are glued by secretions by the mother louse. What they should have on the box, in little small letters even, is this shit don’t work on nappy hair. Everyone had to be cut to less than an ince for the comb to go through. Myks and the kids were good. My shit though, my shit fifty years old, that shit like barbed wire. Yeah I could have did that like four or five weekends in a row but the Ortho Industrial Strength Head Lice Killa ain’t cheap and in the meantime my kids are scratching their heads incessantly. The twinks are irritated because they don’t understand this new thing called itching NON STOP. So finally I had to resort to the clippers. I was the last to go but I knew it had to be done. Locs form the perfect bed for head lice. The structure of the loc keeps most water out, especially if you oil it on a regular basis. Once every one was shorn, my oldest is devastated. He’s had long hair as long as he can remember. He literally had no knowledge of life without his locs. He’s a kid, though, he’ll bounce back.  We put the chemo back on the heads and lice boiled up out the hair like it was on fire.  What really began making them leave was not the chemicals as much as it was the Peppermint, MelaLuca and Lemon essential oil that we sell.  For normal hair, I probably could have stopped them with oil alone but our hair was so thick we had to try a couple of different solutions.

That is the price you pay to send your child to better schools. I’m poor, I don’t have the funds to send my child to boarding school. There are wonderful black owned/operated academies across the country but there is no large network of black academies that is nationwide. I can only provide what I can, and that’s to move to a better school district.  Its paying off because my child will be in Gifted and Talented this year, in fourth grade.  Additionally, if schools in other states are not teaching him knowledge of self, then I may as well keep him here with me where I can break down that bullshit story they gon tell him about his people. I can do that better than most who do it for a living.

As long as we are united, we don’t have that issue. Yes we get lice and bedbugs and worms, but not like some communities do. This is ridiculous, I’m looking out my window right now at a house that’s priced in the very HIGH $700s. These kids are the burban kids supposedly so much better than “those” kids. These kids all play together. What one has, they all have. My son just got caught up in it. Wherever it came from white or black, it was there to be dealt with. 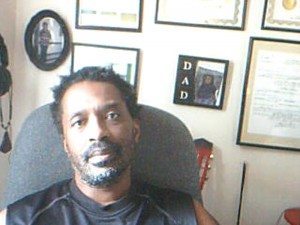 I fought it, I forced it to withdraw but I had to sacrafice the Kingdom.