Did You Know: Dick Gregory Ran for President in the 60s?

We’ve come to know and love Dick Gregory for his wittiness, comedic genius, and fervency for activism in the African American community.

Though much of his rhetoric marked by political overtones has remained consistent throughout the years, many may be surprised to learn that he once ran for president at a time when race relations were more tumultuous than the current generation can even imagine, 1968. His candidacy came shortly after an unsuccessful run for mayor of Chicago and incidentally, just 3 years after the Voting Rights Act. 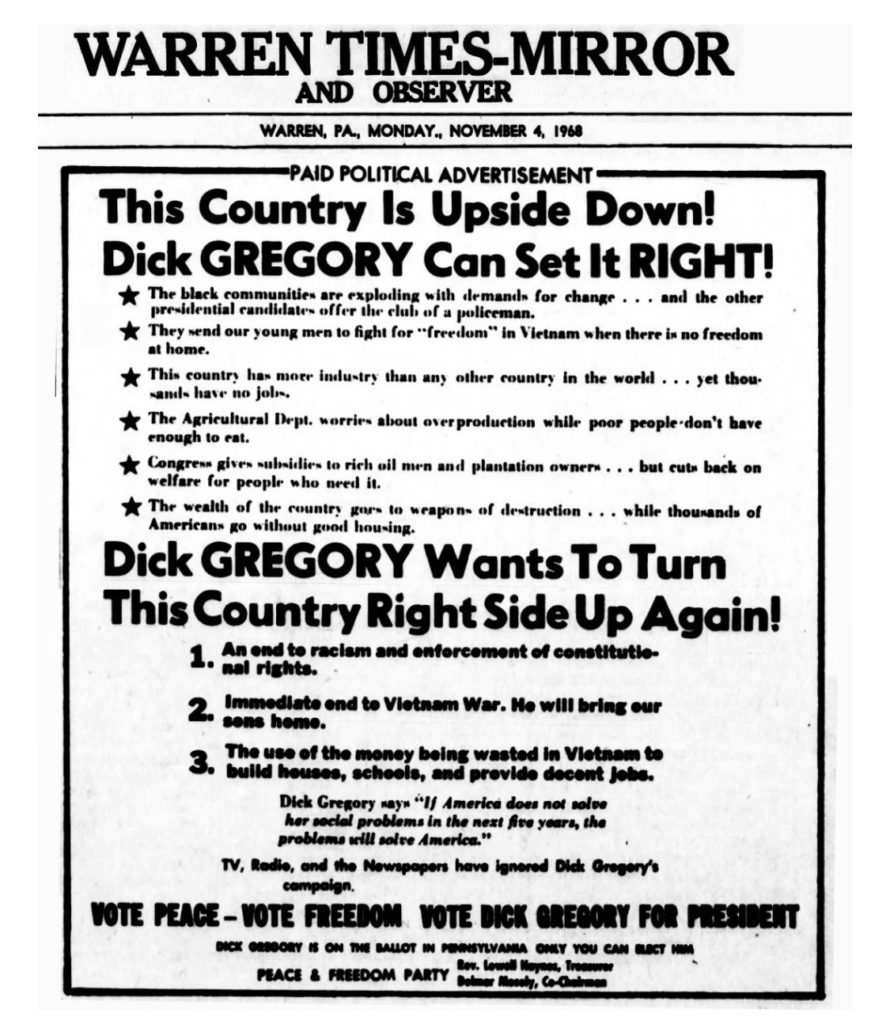 Gregory’s campaign focused on controversial issues of the time, the Vietnam War, unalienable rights for African Americans, and the staggering unemployment in the black community.

Running as a write-in candidate for the Freedom and Peace Party, he racked up over 45,000 votes! He insisted

After being defeated by then Republican nominee, Richard Nixon, Gregory’s influence and reputation across cultures continued to flourish. As for the platform on which he ran for president, a New York Times poll administered this year revealed that 69% of Americans believe race relations are generally bad. 48 years later.