DID YOU KNOW? This Actress Went to Yale, Was The First Woman To Receive The NAACP Chairman’s Civil Rights Leadership Award & SO MUCH MORE…. Read about her here.

Here is a short list of just some of the things she acheived:

The first woman to receive the NAACP Chairman’s Civil Rights Leadership Award.Honored for raising the image of blacks through her work on stage, television and in the movies.

And exactly who is this lady? 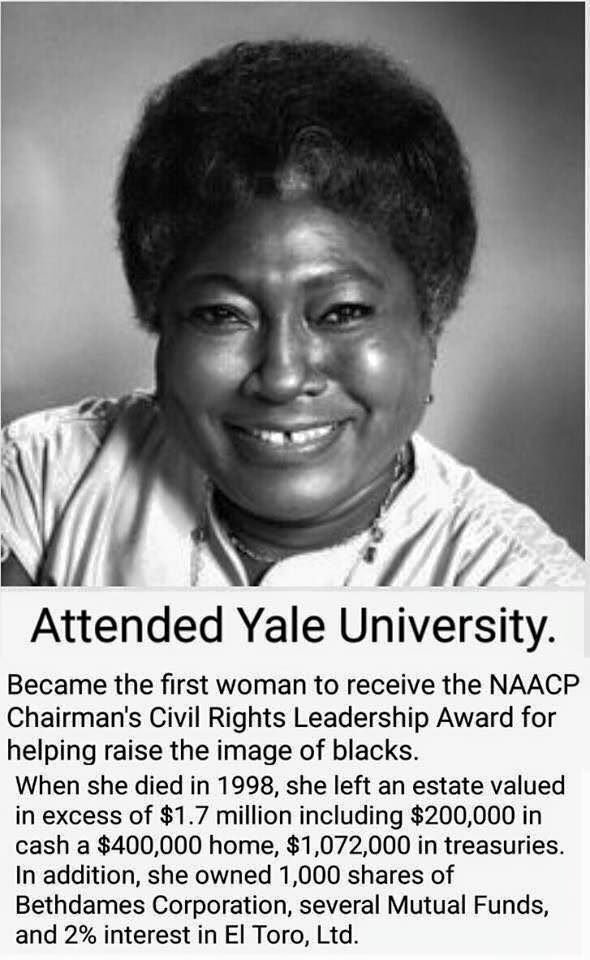 Below is a mini biography

Best known for the role of Florida Evans on the 1970s sitcoms “Maude” and “Good Times,” African-American actress Esther Rolle proved to be as spirited and iron-willed off-camera as well. The gap-toothed actress with the gravelly voice was born in Pompano Beach, Florida, the 10th child of 18 born to Caribbean farming immigrants. Her first important work came with the Negro Ensemble Company and over the years would earn a solid careworn reputation in such theater plays as “The Blacks,” “Blues for Mister Charlie,” “The Amen Corner,” “A Raisin in the Sun” and “A Member of the Wedding.” Ironically, her father insisted she promise him that she would never becoming a servant or maid in real life. She didn’t, and yet Esther would have her biggest successes playing just those types of roles. She caught the attention of TV producer Norman Lear while performing on stage who cast her in the “Maude” supporting role in 1972. Audiences loved her so much as the feisty domestic who stood her ground, and then some, against her volatile and liberal-minded employer Maude Findley (Bea Arthur), that Esther earned her own spinoff series with “Good Times.” Compelled to fight racial stereotypes, she insisted before accepting the series that a strong father figure be central in the show (actor John Amos). And while she still played the role of a lower middle-class maid, the show’s emphasis was to be on her home and family life, not her outside work. Still, Esther left the show for one season when she was unhappy about the negative role model perpetuated by Jimmie Walker’s jive-talking J.J. character, but later returned after the producers assured her that more responsibility would be taken. In other assignments, she won an Emmy Award for the TV movie “Summer of My German Soldier” and gained further respect for her work in Maya Angelou’s “I Know Why the Caged Bird Sings” (1979) and for her film work in Driving Miss Daisy (1990) and Rosewood (1997). Two of her sisters, Estelle Evans and Rosanna Carter, were also character actresses. Afflicted with diabetes, Esther’s health failed in the 1990s and toward the end of her life she was on kidney dialysis. The actress, who was divorced and had no children, died nine days after her 78th birthday on November 17, 1998.